Katie Couric Strikes Again: What She Cut Out During Her 2016 Interview with Ruth Bader Ginsburg

Media personality Katie Couric admits she edited out comments made by then-Supreme Court Justice Ruth Bader Ginsburg on how she felt about those who protested during the playing of the country's national anthem before sporting events.

Daily Mail reported Couric made the admission in her new memoir, set to be released on October 26, where she further stated she made the edits so Ginsburg could be protected from the potential backlash, calling the situation a "conundrum."

Ginsburg said those who kneel during the national anthem are showing "contempt for a government that has made it possible for their parents and grandparents to live a decent life" and "Which they probably could not have lived in the places they came from...as they became older they realize that this was youthful folly. And that's why education is important."

Couric wrote she thought the justice, who was 83 at the time, was "elderly and probably didn't fully understand the question." The 2016 interview does include Ginsburg calling the national anthem protests "dumb and disrespectful."

After the interview, Couric was contacted head of public affairs for the Supreme Court to say Ginsburg had "misspoken" and asked that it be removed from the story. Couric writes she was "conflicted" because she was a "big RBG fan."

This is not the first time Couric has been involved with misleading editing decisions in relation to an interview. The documentary "Under the Gun" shows Couric interviewing members of the Virginia Citizens Defense League and asking them, "If there are no background checks for gun purchasers, how do you prevent felons or terrorists from purchasing a gun?"

The video shows the activists sitting silently for nine awkward seconds, unable to provide an answer. It then cuts to the next scene, but raw audio obtained by the Washington Free Beacon reveals members of the league immediately began to answer her question.

"Katie Couric asked a key question during an interview of some members of our organization," Philip Van Cleave, the organization's president, said. "She then intentionally removed their answers and spliced in nine seconds of some prior video of our members sitting quietly and not responding. Viewers are left with the misunderstanding that the members had no answer to her question." 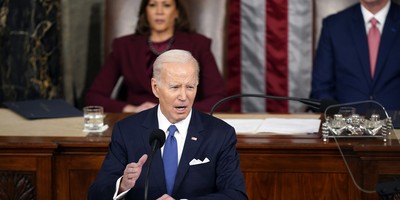