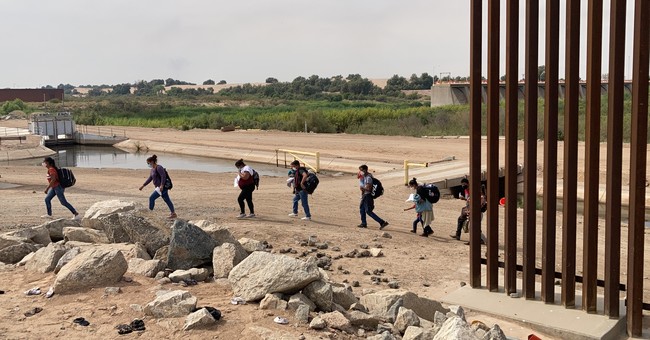 Border Patrol agents in the Yuma Sector have been busy clearing out the sole overflow facility in recent days ahead of a visit by U.S. Senator Lindsey Graham (R-SC) who will tour the area on Monday.

Sources within Border Patrol told Townhall they have been seeing a lot of "movement" with regards to apprehended immigrants being moved to other Border Patrol locations, released into the United States, or being deported to Mexico, but some of the agents were not told why the overflow facility was being cleared so quickly.

Graham said on Sunday he was visiting Yuma "to meet with the [Customs and Border Protection] to discuss border security and the flow of migrants into the United States."

One source said they would not be surprised if the two events were correlated, with another saying, in their view, the rapid movement of immigrants from the facility was "to make it look like there is no problem," adding two weeks ago they had people sleeping on the ground while some had to wait ten days to be fully processed. On Monday, the source said, they were being sent away to other locations.

"There is no way we could have moved people this quickly" before, the source said.

Similar to other sectors along the U.S.-Mexico border, the Yuma Sector has seen a dramatic increase in illegal crossings. Unaccompanied children encounters are up 237 percent from fiscal year 2020. Family unit encounters are up 242 percent, and single adult encounters increased to 584 percent.

Another Border Patrol source in California explained that, up until recently, CBP has been "releasing no less than 60 and up to 80 people" coming from Yuma into Murrieta, California, "where they test them at the station for COVID and even when they test positive they still get taken to Moreno Valley and get dropped off at a hotel and given airplane tickets to wherever they are going."

"Since last week, we are getting three buses a day from Yuma," explained the California BP source, adding they are now "housing more than 200 illegal [immigrants] a day."

Townhall's messages to Yuma Sector public affairs officers were not returned in time for publication.