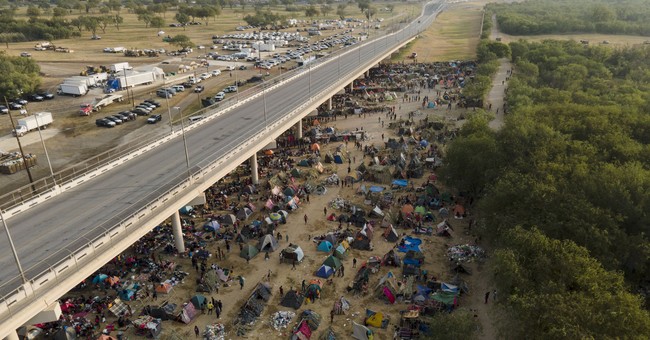 The ongoing crisis at the U.S.-Mexico border continues to be a problem for the Biden administration, especially considering their approach to illegal immigration helped caused this recent surge, and on Wednesday the Special Envoy for Haiti resigned in protest over how the Biden administration is handling the Haitians who recently crossed in Texas in large numbers.

PBS News reported Daniel Foote wrote in his resignation letter that he "will not be associated with the United States inhumane, counterproductive decision to deport thousands of Haitian refugees."

"Our policy approach to Haiti remains deeply flawed, and my recommendations have been ignored and dismissed, when not edited to project a narrative different from my own," he continued, adding, "The people of Haiti, mired in poverty, hostage to the terror, kidnappings, robberies and massacres of armed gangs and sufferings under a corrupt government with gang alliances, simply cannot support the forced infusion of thousands of returned migrants lacking food, shelter, and money without additional, avoidable human tragedy."

Foote had been in his post for just two months - and had been pushing for inappropriate additional responsibility and oversight, says one senior State Dept official

There is some merit to Foote's objections with regarding the Biden administration's decision to deport some of the 15,000 Haitians back to Haiti. Under former President Donald Trump's "Remain In Mexico" policy, presumably, those who wanted to seek asylum in the United States would wait in Mexico instead of being deported to Haiti. The Biden administration has tried to scrap the "Remain In Mexico" policy but was recently ordered to reimplement it.

Though one main issue is many of the Haitians who illegally crossed into the United States last week did not come directly from Haiti. Discarded identification documents have been found on the Mexican side of the Rio Grande, showing many cardholders are coming from countries such as Chile and Brazil where they have living, in some cases for many years.