Four Months into Biden's Presidency, the Border Crisis Is Only Getting Worse 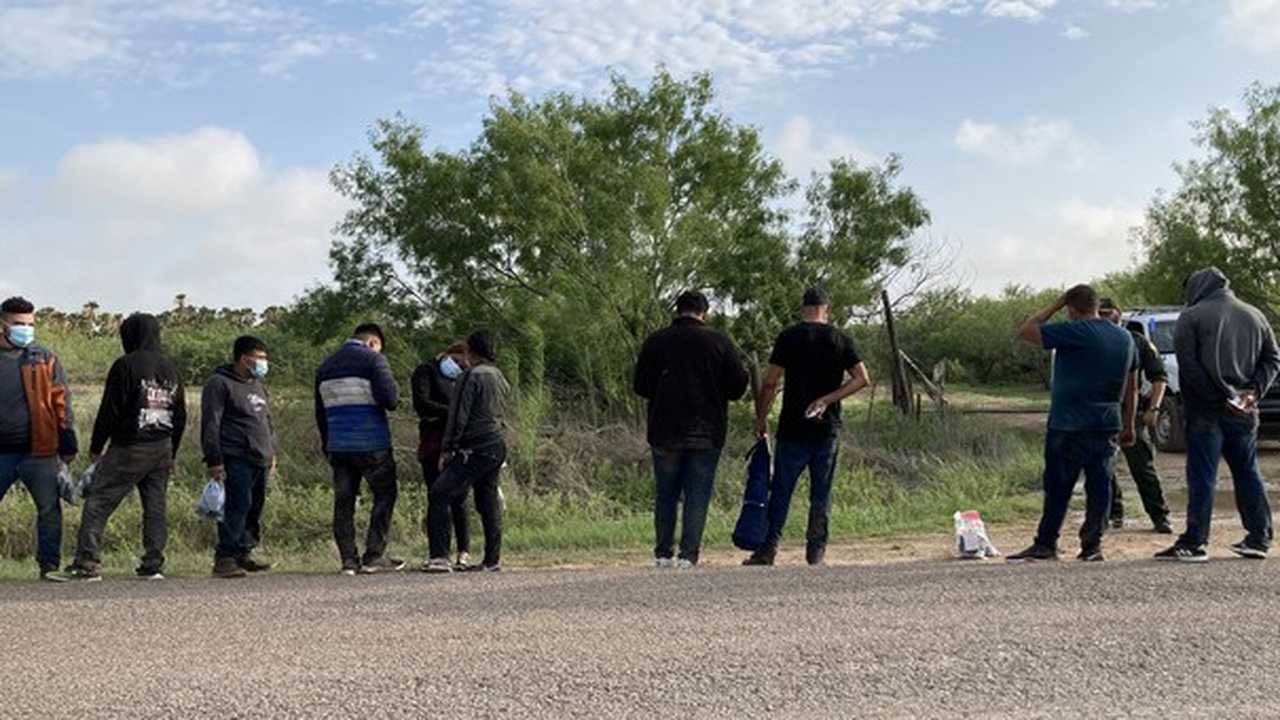 RIO GRANDE VALLEY, Texas — I had been up all night driving up and down the first public road illegal immigrants use after crossing the Rio Grande in La Joya, Texas. Border Patrol (BP) and Texas state troopers were posted all over the road to intercept the border crossers.

Over the course of the night, I saw BP apprehend more than 60 people, which were a mix of family units, unaccompanied minors, and single adult males. When the sun began to rise, those who wanted to avoid capture started to make a run for it after hiding in the thick brush all night. A mix of Border Patrol agents and Texas state troopers rushed down the road to attempt to get them into custody.

A group of three men was dodging in and out of the brush, with one being caught. The other two ran across the road and made it onto private property, with BP agents close behind. A helicopter was called in to aid in the search. When I turned around, the one illegal immigrant caught earlier was running away again because the state trooper did not have a good hold of him while attempting to put handcuffs on. I do not know if law enforcement were able to find them.

Things got a bit more lively at sunrise.

Two men made a run for it with Border Patrol close by and they able to make it the brush, unsure if they were caught. Couldn’t follow because they went onto private property. pic.twitter.com/7PoZJGNN7q

About an hour later, BP agents were still apprehending other groups of illegal immigrants as they had an easier time spotting them now that the sun had come out. One BP agent remarked to a group of nine that he was not even looking for them in particular. He was looking for a different group of migrants when he stumbled upon them in a nearby field.

"Quite the way to start the morning," I remarked to a BP agent.

On a different night 36 miles away in Roma, BP agents searched a neighborhood that sits less than 100 feet from the Rio Grande for a group of illegal immigrants that had just crossed. BP agents were going through back alleys and abandoned lots searching for the group. While I was following the BP agents, they did not find the group.

I spent my last night before heading back to Washington, D.C., in La Joya again, this time by a muddy path that family units use to turn themselves into BP. The groups came in waves, sometimes in groups of 15 or 40. When I walked down the path toward the uncompleted section of the border wall system, a group was walking through the gap in the wall. By the time I left to head to the airport, I had counted more than 150 illegal immigrants for just this one path.

My time in the RGV showed me that despite claims from President Joe Biden's administration that the southern border is "closed," not only is it open, but it is open for business for the cartels and human smugglers in Mexico. We are now four months into Biden's tenure, and the situation on the ground has improved very little. While Border Patrol stations are no longer overcrowded as they were in March, that is only because the administration has had to cut corners to accommodate the massive inflow of unaccompanied minors. While the outflow is somewhat fixed, the inflow of people is still very much a problem in the Rio Grande Sector.

This, of course, should not be surprising to anyone who is paying attention to the deteriorating situation at the border. Though it is not surprising, those who live in the D.C. bubble believe the crisis is over. Just ask Washington Post columnist Jennifer Rubin:

"But for the most part, immigration seems to have disappeared from media coverage. What happened? CNN on Friday thankfully caught us up to speed: 'The number of unaccompanied migrant children held in jail-like conditions by US Customs and Border Protection dropped nearly 84% in the span of a month, according to a White House official, underscoring the significant progress made by the administration after reaching record high custody figures.' Moreover, there has been 'a nearly 80% reduction in time spent in Border Patrol detention.'"

Rubin has not been to the U.S.-Mexico border recently, to my knowledge, and putting out such a piece shows why it is important to actually get out of the D.C. metro area to see things for yourself. Four months into the Biden administration, the border issue has gotten worse, and it is not getting better.

In April, U.S. Customs and Border Protection had 178,622 encounters with immigrants attempting to illegally cross into the United States from Mexico, up from 173,348 apprehensions in March. Under the Centers for Disease Control and Prevention's Title 42 authority, 111,714 expulsions were made during the same time period.