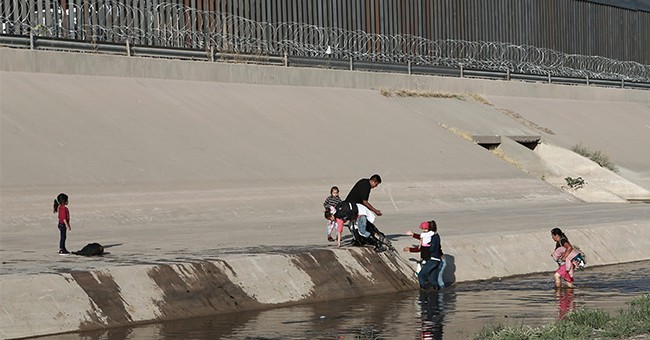 A Customs and Border Protection staffer told top Biden administration officials Thursday the agency is projecting a peak of 13,000 unaccompanied children crossing the border in May, according to a report from Axios.

In the Axios report, the projection, made by CBP would exceed the number of high numbers the United States dealt with in 2019.

"We’re seeing the highest February numbers than we’ve ever seen in the history of the [Unaccompanied Alien Child] program," a Department of Health and Human Services official told Axios.

The high projection numbers are in line with the large volume of migrants trying to enter the United States, either through the Ports of Entry or illegally, in the aftermath of then-candidate Joe Biden's soft stance on immigration, such as promising to halt deportations during his first 100 days in office.

Migrants in Mexico were confused last week as the Biden administration implemented its first phase to roll back the Migrant Protection Protocols, also known as the "Remain in Mexico" policy, since only small numbers were being allowed to enter the U.S. due to COVID-19 concerns.

"Our main problem is we arrived a year ago and then Coronavirus hit so we have not been able to secure any appointment for our case to be heard so we have been waiting," Fransico, a migrant from Honduras, told Townhall. "The people who seem to be getting through are those who have a number, who have an appointment in the U.S. so we are here trying to find out how we can get help. There are so many rumors. No one is helping us and no one knows what’s really going on."

The confusion highlighted the poor rollout for the new MPP procedures since the White House and the Department of Homeland Security have repeatedly stated people should not go to the Ports of Entry unless they are told to. Whatever is being stated in Washington, D.C., it is not being effectively communicated across the U.S.-Mexico border.