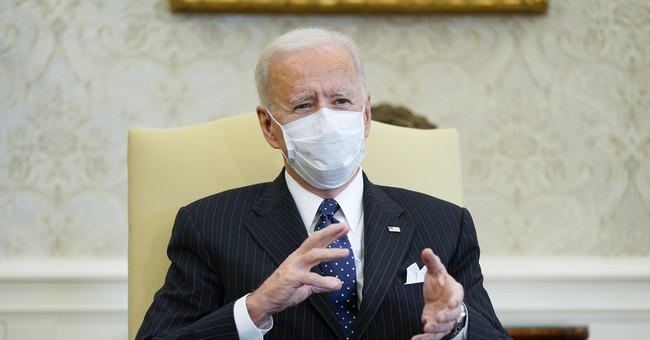 A poll published by Morning Consult on Wednesday found that out of the many executive orders signed by President Joe Biden within the first few weeks of his presidency, a majority of the orders relating to immigration are among the least popular.

Now, taking the information with a grain of salt since it is a poll, it is an important snapshot of the reaction to the vastly different approach the Biden administration is taking to immigration when compared to former President Donald Trump.

The poll found that 48 percent of Americans oppose expanding the refugee cap up to 125,000 per year. That order ranked dead last out of the 28 orders that were polled.

Only 45 percent of Americans support including illegal immigrants in the census, 46 percent approve halting the Trump administration's "Remain in Mexico" policy, and just under 50 percent support ending the travel ban imposed on certain Muslim-majority countries.

New from me: @MorningConsult has polled 28 executive actions issued by @POTUS since Jan. 20.

His move to expand the refugee cap is the first one that is actually unpopular: 39% support it and 48% oppose it.https://t.co/pwfZKkXQ3t pic.twitter.com/yr8wPKG6jY

The only immigration-related order that got above 50 percent was Biden's order to halt border wall construction, though that measure only had 51 percent approval. The same poll found Biden's most popular executive orders are related to masks mandates on federal property and on public transportation.

The poll's findings are aligned with how Trump was able to win in 2016, with a heavy emphasis on border security and strict immigration laws. My recent trip to the southwest border that took me across three states, California, Arizona, and Texas, revealed how the impacts of Biden's immigration orders are already having poor effects on the border towns and states in terms of jobs and security.