Pennsylvania Lt. Gov. Says Claiming Voting Was Rigged in the State Is Not Protected Under First Amendment 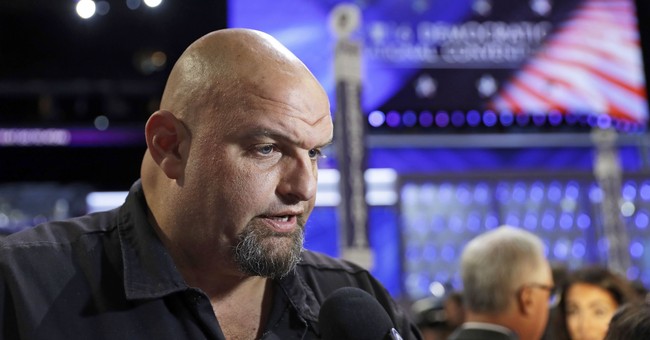 Pennsylvania Lt. Gov. John Fetterman (D) stated during an interview with CNN and on Twitter that Americans can not claim elections, like in Pennsylvania, were rigged because it is not protected under the First Amendment.

"From the very beginning, after the election, you know, no state has received more scorn and conspiracies and lies than Pennsylvania has. And it is all demonstrably false. 7 million votes. We had three documented cases of voter fraud and they all were for the president, I might add. So this idea that saying that Pennsylvania was rigged or that we were trying to steal the election, unquote, that’s a lie. And you do not have the right, that is not protected speech," Fetterman told anchor Poppy Harlow on Friday.

"The second those tweets went up, they should have been deleted. That’s not deplatforming someone. It's deleting lies that are yelling fire in a crowded theater when there is none," Fetterman continued. "And there is a difference. That is not protected speech. He can talk all day about what his favorite football team is or that he’s the greatest president in the history of the world but no one, Republican, Democrat, whatever, has the right to say those kind of incendiary lies that are hurled with only one goal in mind. And that is to damage and debase the democratic franchise. And that is exactly what happened."

Fetterman added Twitter just putting a label on Trump's tweets saying they were disputed was not enough to prevent his "lies" from spreading on their platform.

Pennsylvania Lt. Gov. John Fetterman says that Pres. Trump’s tweets of baseless election fraud should’ve been deleted immediately.
“That's not de-platforming someone. It's deleting lies that are yelling fire in a crowded theater when there is none,” he tells @poppyharlowCNN. pic.twitter.com/SvlNQnSQ6P

3 cases of voter fraud out of 7M ballots. Millions of lies, smears in tweets hurled against PA were allowed to rage for months.

The hyper-spread of tweets of documented lies, with only a “this is disputed” tag is NOT protected speech.

FACT: No state more smeared than Pennsylvania in this cycle.

?? These claims are NOT disputed. https://t.co/oDaF8MnK8a

Pennsylvania was among the states that Trump's reelection campaign was tying to contest the election results of after it went for President-elect Joe Biden in 2020.