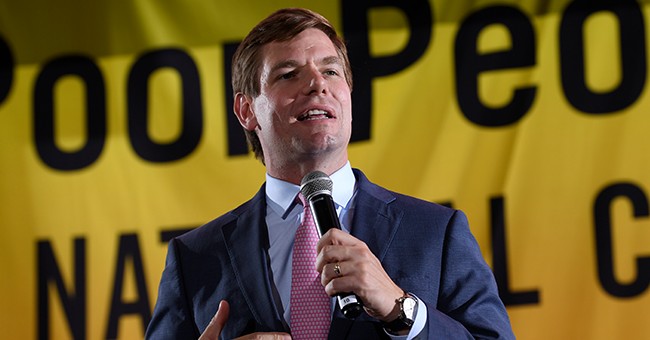 Congressman Eric Swalwell (D-CA) has been taking a beating on social media in recent days after it was revealed he was the apparent target of a Chinese spy that he was close with early in his political career.

On Thursday, Swalwell lashed out at Trump campaign Senior Advisor Jason Miller after he shared a story from the Daily Caller reporting how Swalwell spoke at the same event in 2013 where the suspected Chinese spy who worked for Sen. Dianne Feinstein (D-CA) spoke.

In response to Miller sharing the story, Swalwell replied, "Just a reminder: pay your child support @JasonMillerinDC. Kids shouldn’t go hungry because Dad is a deadbeat. Feed them for the holidays."

Just a reminder: pay your child support @JasonMillerinDC. Kids shouldn’t go hungry because Dad is a deadbeat. Feed them for the holidays. https://t.co/9FqcTfa1TV

Swalwell was referring to how Miller is in a long dispute over how much child support he can pay for the son he fathered during the Trump campaign in 2016.

House Minority Leader Kevin McCarthy (R-CA) has called for Swalwell to be removed from the House Permanent Select Committee on Intelligence because he poses a national security threat due to his past interactions with an accused Chinese spy Fang Fang.