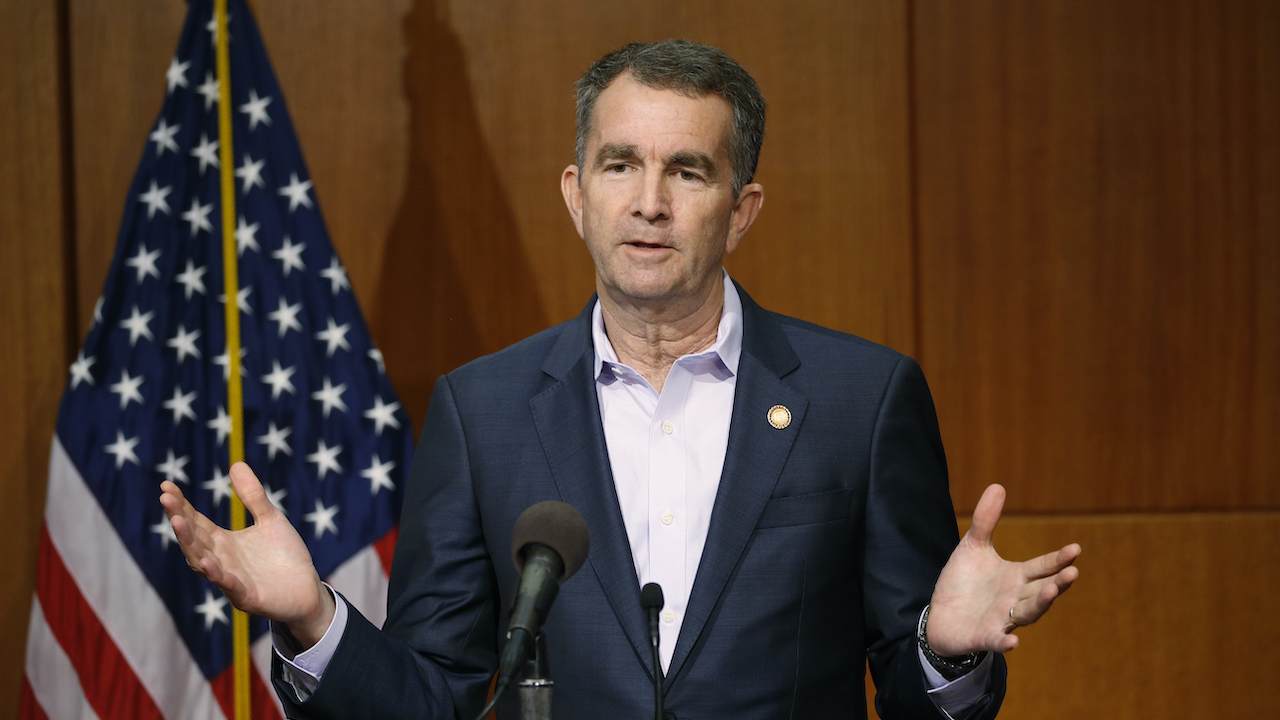 Virginia Gov. Ralph Northam (D) accused the people behind the alleged kidnapping plot of Michigan Gov. Gretchen Whitmer (D) of taking their "marching orders" from President Trump, as it's now reported they also considered kidnapping him.

Northam told CNN on Wednesday that the lengths some people will go against a politician shows "it’s about a president that is emboldening these individuals, these white supremacists."

"You know, we’ve been dealing with threats way back since January. They’ve been multiple. We obviously work very closely with our security detail and they work with local officials, the FBI, and this was just yet another threat to us. But I think the message is that certainly, I don’t — I don’t govern under a cloud of intimidation. That’s not who I am," Northam said.

"And then in April, asking Virginians to liberate. He did the same in Michigan. You know, leadership, words matter. And — and these people take their marching orders from people like the president and it’s unfortunate and it needs to stop," he continued.

CNN anchor John Berman asked Northam how he sees the tweets Trump sent about liberating Michigan and Virginia in regards to COVID-19 lockdowns to the alleged plot.

"Well, John, this was a couple of days after President Trump announced the guidelines of our CDC. The people that gave him advice asking — Virginians — asking Americans to wear a mask, ask them to social distance. And two days later, he says to liberate Virginia. So you know, it’s — it’s mixed messages coming out of Washington," Northam said.

At least one of the men who has been charged with taking part in the kidnapping plot posted a video expressing his hatred toward Trump.

"Trump is not your friend, dude. It amazes me that people actually, like, believe that when he’s shown over and over and over again that he’s a tyrant. Every single person that works for government is your enemy, dude," Brandon Caserta said in a video with an anarchist flag in the background.