Oath Keepers Militia Explain Why They Were Armed in Downtown Louisville 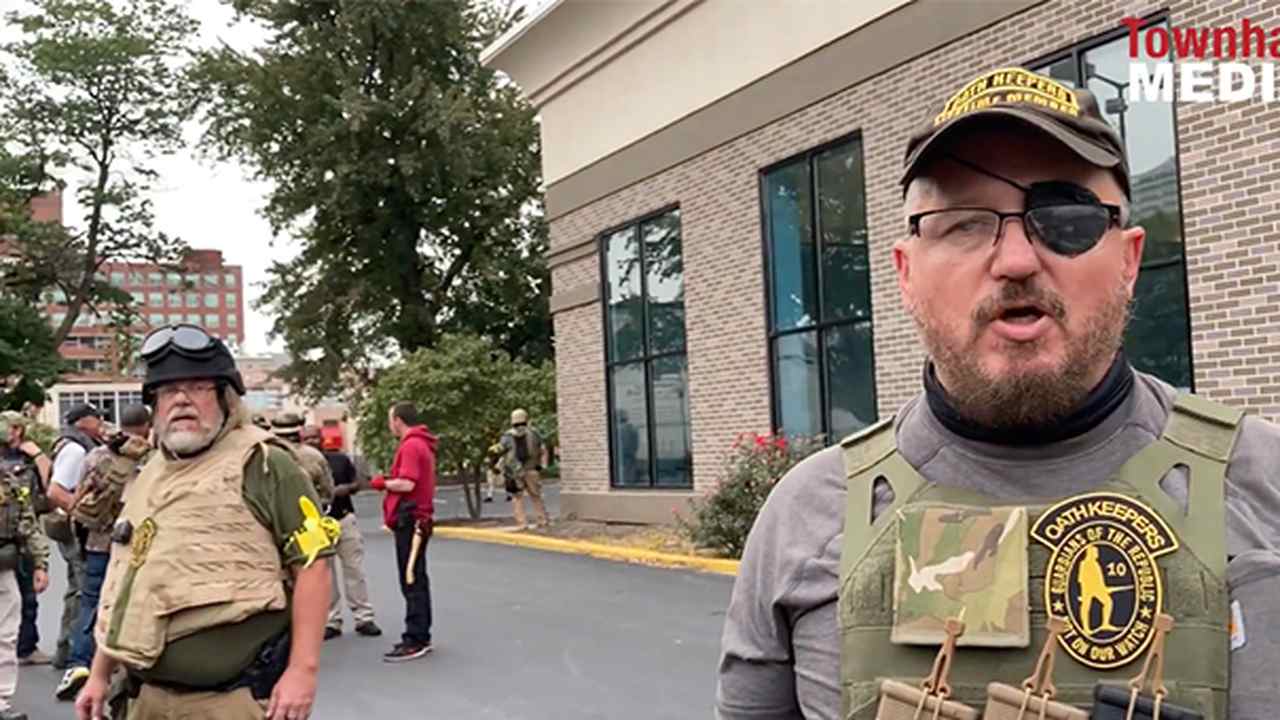 Members of the Oath Keepers gathered in downtown Louisville on Wednesday in the aftermath of a grand jury charging one officer in the Breonna Taylor case, sparking outrage and protests that turned violent.

Staging in the parking lot of a Hampton Inn, the militia members had firearms and ballistic vests, often decked out in camouflage uniforms with Oath Keepers patches. Stewart Rhodes, the founder of the group, told Townhall they were in town to defend some businesses at their request.

The businesses they defended included a Shell gas station, which included a food mart, and a pawnshop. Rhodes said the Shell station had threats of arson in the past.

Rhodes explained he was not concerned about his group running into a situation similar to Kyle Rittenhouse's, where Rittenhouse shot three people who were attacking him after he was separated from a group of armed civilians protecting businesses in Kenosha, Wisconsin.

"I was a paratrooper in the Army...a lot of our guys are ex-police or military, fire, or search and research. So our people are well-trained, so no one's going to be all by themselves like Kyle was. That's why he was attacked."

Rhodes denied his group was in town to intimidate or harass the peaceful protesters.

Later in the night, the Louisville Metro Police declared the gathering at Jefferson Square Park an unlawful assembly after rioters started fires, including to the boards protecting the windows on the Hall of Justice. The officers who came out of the Hall of Justice to extinguish the flames were attacked by rioters throwing projectiles.