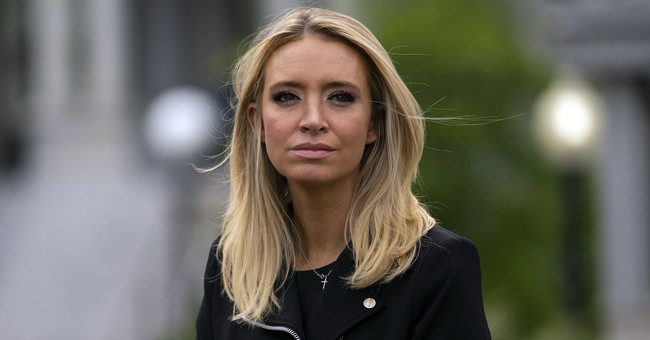 White House Press Secretary Kayleigh McEnany put CNN anchor Chris Cuomo on notice during a press conference on Wednesday after he criticized President Trump for revealing he is taking hydroxychloroquine to prevent getting infected with the Wuhan coronavirus.

McEnany was asked about a statement from the American Nurses Association that said they have not received reports from nurses taking hydroxychloroquine as preventative treatment for COVID-19.

"Hydroxychloroquine has been a drug in use for 65 years for lupus, arthritis, and malaria. It has a very good safety profile but as with any drug and any prescription, it should be given by a doctor to a patient in that context, so no one should be taking this without a prescription from their doctor," McEnany said.

She pointed to how some in the media overhyped its potential side effects while downplaying the science behind the drug if it is used under a doctor's supervision.

"You had Chris Cuomo saying the president knows hydroxychloroquine is not supported by science. He knows it has been flagged by his own people and is using it. Well, Cuomo mocked the president for this and interestingly, I found this out just before coming here, hydroxychloroquine, of course, is FDA approved medication with a long proven track record for safety. It turns out, Chris Cuomo took a less safe version of it called quinine, which the FDA removed from the market in 2006 because of its serious side effects including death," she said.

According to Cuomo's wife's blog, part of his treatment regimen while he was infected with COVID-19 included taking potentized quinine, which is a synthetic derivative of chloroquine.

"So, really interesting to have that criticism of the president on that note to Chris Cuomo, I would like to redirect him to his brother, the governor of New York, Governor Cuomo, who has several on the record statements about hydroxychloroquine saying, 'I’m an optimist, I’m hopeful about the drug and that's why we'll try here in New York as soon as we get it. There has been anecdotal evidence that it's promising, that's why we are going ahead.' I have about eight other quotes from Governor Cuomo should any of you have interest in it," McEnany concluded.