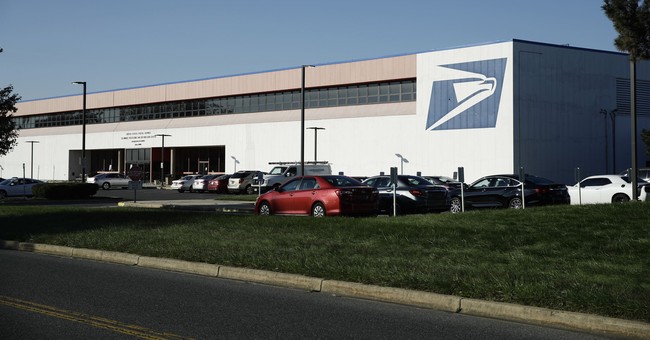 The U.S. Postal Service is in dire need of reforms in order to recoup the large amount of money they have lost from the previous 12 fiscal years, according to a new report from the Government Accountability Office released on Thursday.

The GAO report, titled Congressional Action Is Essential to Enable a Sustainable Business Model, highlighted how since the Postal Service has been in the oversight agency's "high-risk designation" in 2009, the "U.S. Postal Service’s...financial viability has progressively worsened due to declining mail volume, increased employee compensation and benefit costs, and increased unfunded liabilities and debt."

Despite Congress mandating the Postal Service be "self-sustaining, it lost about $78 billion from fiscal years 2007 through 2019 due primarily to declining mail volumes and increased costs."

The GAO recommends Congress should consider reassessing and determining the following:

Since delivery is USPS’s most costly operation, an estimated $1.4 billion to $1.8 billion can be saved if mail is only delivered five days a week instead of six days a week. While the Postal Service has taken steps to become more viable, current federal law is limiting "USPS's ability to make changes" necessary to make dramatic headway.

"This report reiterates what many of us have known for a long time: The Postal Service's business model is failing and simply throwing more of taxpayers' hard-earned money at them won't fix their problems," Rep. Jim Jordan (R-OH) said a statement.

"If Congress is going to be asked to get the Postal Service out of yet another fiscal jam, we owe it to the American people to make sure we aren't just setting them up for yet another bailout the next time there's an emergency. The USPS needs to be a self-sufficient, competitive enterprise, and a legislative overhaul for the long-term is the only way to make it one."