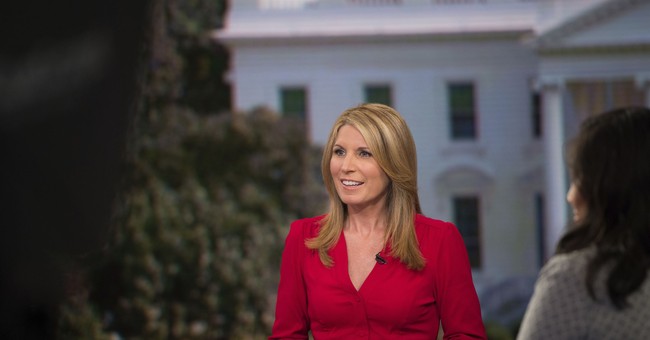 MSNBC host Nicolle Wallace mused how the silver lining to the Wuhan coronavirus pandemic, which has resulted in over 50,000 deaths and historically high unemployment in the United States, is there is an event that finally hurts President Trump politically.

"There is something both tragic, and pathetic, and ironic about the fact that it took a, you know, color-blind, gender-blind, state-line-blind virus to sort of have all of the President’s sins from his first three years catch up with him. You can’t stand there and lie. You can’t contradict your scientists because they’re the ones that stand at 66 and 68 percent public trust, not you. He’s down at 38 percent. Pence is lower than him," Wallace said.

"I mean, he needs those people whether he likes what they say or not and I wonder what you think about whether or not there’s some silver lining there, that some of the things that — that we’ve been talking about for three years may be finally catching up with him?" she asked Ron Klain, the former chief of staff to Vice President Joe Biden.

"Nicolle, I think the reality is that a leader in this situation has to tell the American people the truth. When we were managing the ebola response, President Obama was always clear with the public that we had seen cases of Ebola in the United States," Klain replied. "We were going to see more cases in the United States. That was unpleasant news. He shared it with people honestly and told them honestly what we were doing to keep them safe. When President Trump stands up yesterday and says there will not be a second wave, he’s denying the inevitable. If you look at the history of an epidemic, there’s always a second and third wave."

Within the five weeks of states across the country ordering lockdown and "Stay-at-Home" orders, 26.5 million Americans have filed for unemployment benefits, as many have lost their jobs due to "non-essential" businesses being closed down.