Flashback: Here's What Sen. Schumer Had to Say When Trump 'Publicly Attacked' Judges 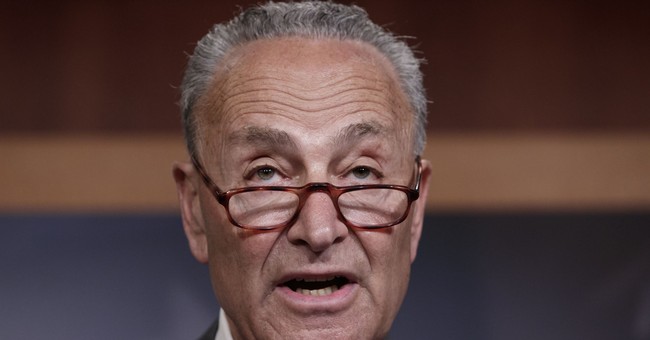 Sen. Chuck Schumer (D-NY) sang a different tune about attacks on judges when President Trump criticized the judge who was overseeing the case of his friend and Republican political operative Roger Stone in February.

Schumer has come under fire after he threatened Supreme Court Justices Neil Gorsuch and Brett Kavanaugh during a rally outside of the court, as the justices were hearing arguments about a law in Louisiana requiring abortion doctors to have admitting privileges to local hospitals.

"I want to tell you Justice Kavanaugh and Justice Gorsuch: You have unleashed a whirlwind, and you will pay the price," he said.

"Justices know that criticism comes with the territory, but threatening statements of this sort from the highest levels of government are not only inappropriate, they are dangerous. All Members of the Court will continue to do their job, without fear or favor, from whatever quarter," Roberts said.

But in February, Schumer called for Roberts to speak out against Trump's words aimed at Judge Amy Berman Jackson.

"Another example of the President's blatant contempt for the independence of the judiciary," Schumer said in a speech floor in the Senate chamber.

"Well President Trump is once again attacking a federal judge...the nation now looks again to Chief Justice Roberts to make clear to President Trump that these attacks are unacceptable," he continued.

Now would be the time for Chief Justice Roberts to speak up.

Now would be the time for the Chief Justice to directly and specifically defend the independence of the federal judiciary.

I hope he will see fit to, and do it today. pic.twitter.com/xspNKwRDys

In other words, standards for thee and not for me.