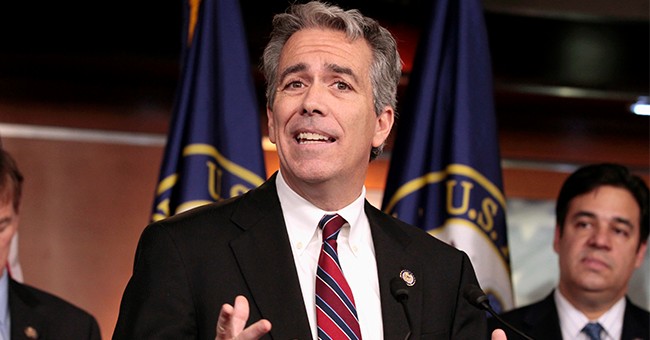 2020 Republican presidential candidate Joe Walsh got an unexpected reaction when he wrapped up his speech in front of the audience he was speaking to during the Iowa caucuses on Monday evening.

Walsh contrasted himself to President Trump, saying that he will enact conservative policies as president and he will "be decent" while doing so. He also denounced the crowd for cheering Trump's tweets, which the crowd responded to by booing him.

Walsh, a former Illinois congressman, concluded by asking if they want "four more years of" Trump. Before he could finish, the crowd erupted into applause and cheers. When Walsh finished, the crowd booed him again.

Former Rep Joe Walsh @WalshFreedom concludes by saying that if people want “4 more years of the @realDonaldTrump show... He is then cut off by the crowd who yell “yes!” and applaud loudly #IACaucus #Elections2020 pic.twitter.com/8pZLpGaSko

Walsh and fellow contender former Gov. Bill Weld were crushed in the final results of the GOP caucuses, with Trump getting an overwhelming majority.

For 5 months, I’ve told tens of thousands of Republicans why I believe Donald Trump is unfit to be President. Last night, I stood in front of 3,000 Iowa Republicans & said the same thing. Almost all of them disagreed with me.

Because of Trump's major victory, Walsh compared him to a dictator and said, "Hell yes, the caucus was rigged."

Like the wanna be dictator he is, Trump almost got 100% of the vote last night. Hell yes, the caucus was rigged. Votes counted in secret, only Trump paraphernalia everywhere, presenters for others candidates denied the right to speak...on and on it went. https://t.co/wAuZviakVr