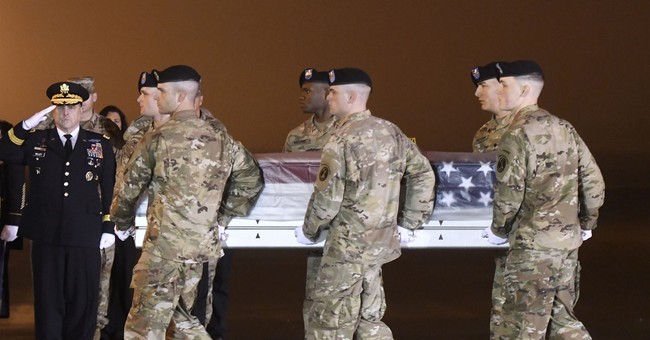 The Department of Defense identified the Special Forces soldier who died on Monday from injuries sustained during combat operations in Afghanistan on Sunday as Sgt. 1st Class Michael James Goble.

Goble, 33, was assigned as a Weapons Sergeant to Company C, 1st Battalion, 7th Special Forces Group, and was operating in the Kunduz Province when he was injured in combat. He is the 20th U.S. service member to be killed in Afghanistan this year.

Hailing from Westwood, New Jersey, Goble enlisted into the Army as a Special Forces Candidate in July 2004 and became full fledged Green Beret in February 2007. Goble had deployed to Afghanistan twice before in 2007 and 2009. His other deployments include South Korea and Colombia.

"Sgt. 1st Class Goble was more than just a member of the 7th Special Forces Group, he was a brother to us, and a beloved family member to the Northwest Florida community," said Col. John W. Sannes, 7th SFG (A) commander. "We will honor our brother's sacrifice and provide the best possible care to his family. We ask that you keep his Family and teammates in your thoughts and prayers."

The Taliban has claimed responsibility for the attack that lead to Goble's death. The attack included the use of improvised explosive devices, according to CNN. The U.S. and the terror group are currently in the middle of peace talks.

President Trump visited U.S. troops in Afghanistan in a surprise visit for Thanksgiving this year. The peace talks resumed after Trump canceled them due to a Taliban attack that left a U.S. service member dead.