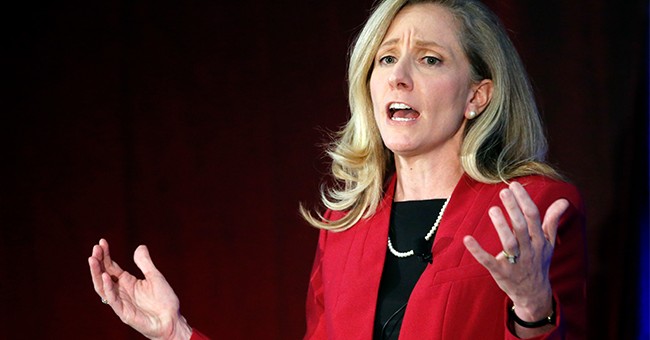 Rep. Abigail Spanberger (D-VA) got an earful from some of her constituents during a town hall on Sunday as she discussed why she supported the impeachment inquiry into President Trump.

Spanberger represents Virginia's 7th congressional district and won against Republican Dave Brat during the 2018 midterms. CNN reported Spanberger was highlighting votes where she voted with House Republicans when some in the audience wanted her to talk about the impeachment inquiry.

Spanberger was repeatedly interrupted by some in the audience as they voiced their displeasure at her support for the impeachment inquiry, while voicing their support for Trump.

"Those witnesses have all affirmed and all agreed on what happened," Spanberger said. "That the President sought to use military assistance ... as leverage to get a foreign government to do what he wanted."

"Y'all been trying to impeach this man since he got elected," an audience member said.

"Let our votes count. Don't take them away," another attendee said.

Those in attendance called the impeachment inquiry "incredible bullshit," "crap," and "all lies." pic.twitter.com/FzJlsA6sCh

House Judiciary Committee Chairman Jerry Nadler (D-NY) officially announced on Tuesday the two articles of impeachment that will be brought against Trump: obstruction of Congress and abuse of power.