'I Take Little Joy in Having Done So': Lisa Page Sues the DOJ and FBI 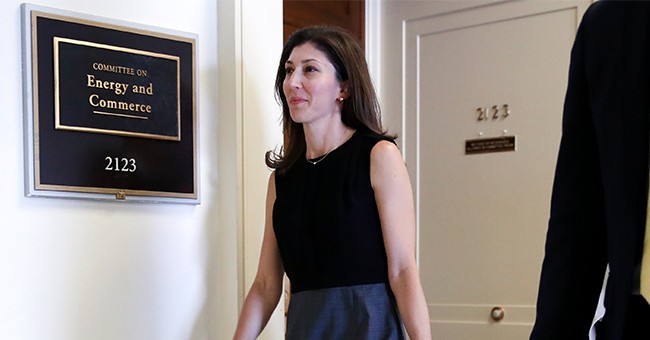 Former FBI lawyer Lisa Page announced on Tuesday she had filed a lawsuit against the FBI and the Department of Justice for "alleged violations of the Privacy Act related to the disclosure of information about her to the media."

"I take little joy in having done so. But what they did in leaking my messages to the press was not only wrong, it was illegal," Page tweeted.

I sued the Department of Justice and FBI today.

I take little joy in having done so. But what they did in leaking my messages to the press was not only wrong, it was illegal.https://t.co/ecR58rmxlB

Page takes issue with the release of the text messages between her and former FBI agent Peter Strzok, who she was having an affair with at the time.

"On December 12, 2017, Defendants violated the Privacy Act by unlawfully disclosing agency records pertaining to Plaintiff—namely, a 90-page document reflecting 375 text messages between Plaintiff and another FBI employee—to a group of reporters," her lawsuit asserts.

"Although the OIG review was not yet complete, the officials who authorized the disclosure and their allies sought to use, and ultimately did use, the messages to promote the false narrative that Plaintiff and others at the FBI were biased against President Trump, had conspired to undermine him, and otherwise had engaged in allegedly criminal acts, including treason," the lawsuit continues.

Text messages revealed Strzok and Page, who both went on to join Robert Mueller's Special Counsel investigation into Russian election interference, had suggested using a briefing with members of Trump's team after his 2016 victory to gather information on them, according to Fox News.

During the 2016 election, their texts also showed how they did not want Trump to win.