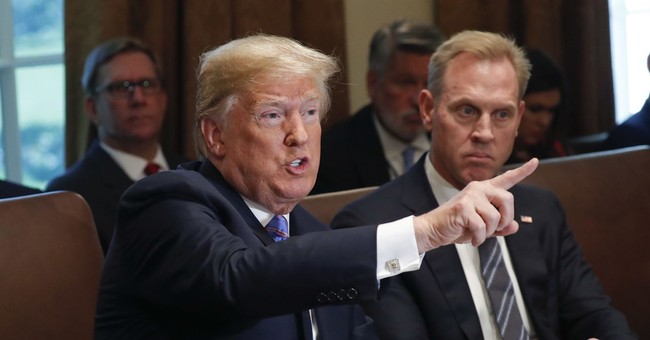 When President Obama ingloriously fired Jim Mattis, I gave him a second chance. Some thought I shouldn’t, I thought I should. Interesting relationship-but I also gave all of the resources that he never really had. Allies are very important-but not when they take advantage of U.S.

In his letter of resignation, Mattis said he would stay on as chief of the Department of Defense until the end of February to ensure there would be enough time for a replacement to be confirmed and to help oversee the transition.

“Because you have the right to have a Secretary of Defense whose views are better aligned with yours on these and other subjects, I believe it is right for me to step down from my position,” Mattis wrote. “The end date for my tenure is February 28, 2019, a date that should allow sufficient time for a successor to be nominated and confirmed as well as to make sure the Department’s interests are properly articulated and protected at upcoming events to include Congressional posture hearings and the NATO Defense Ministerial meeting in February.”

Mattis’ letter further thinely rebuked Trump’s foreign policy decisions because he “views on treating allies with respect and also being clear-eyed about both malign actors and strategic competitors are strongly held and informed by over four decades of immersion in these issues.”

On Saturday Trump appeared to respond to the “treating allies with respect” part of the letter since he tweeted how  “Allies are very important-but not when they take advantage of U.S.”