US Military Dog Killed Alongside Army Ranger While Fighting Al-Qaeda 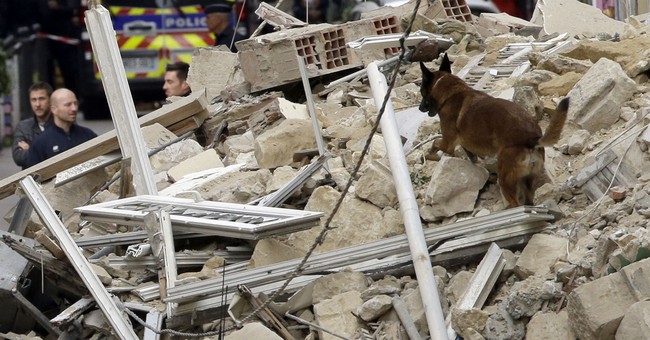 It has been revealed there had been another U.S. casualty in Afghanistan for the month of November and it involves man’s best friend.

Maiko, a Multi-Purpose Canine, was assigned to 2nd Battalion, 75th Ranger Regiment and was killed on the same day as Sgt. Leandro A.S. Jasso. Maiko’s death and biography had been circulating on social media and was later confirmed to Stars and Stripes:

Along with SGT Jasso, MPC Maiko was killed in action on 24 November 2018 in Afghanistan. His actions saved the life of his handler and other Rangers. Thank you for your service and sacrifice! pic.twitter.com/gVquyLsHFe

Maiko was originally born in Holland in 2011 and was brought to the U.S. to complete Regimental Basic/Advanced Handler’s Course. He was trained on “patrol, apprehension functions, explosive detection, and tracking.”

“At the time of Maiko’s death, he was the most senior MPC assigned to 2/75 with the most training and combat experience,” his bio added. “Rest assured, Maiko never backed down from a fight with the enemy, training or combat. He embodied what it means to be a Ranger.”

Maiko is credited with saving the lives of Rangers, including his handler, as he led them to breach a target compound. Once inside, the canine’s presence caused the enemy to shoot at him, giving away their position and allowing the Rangers to effectively engage them.