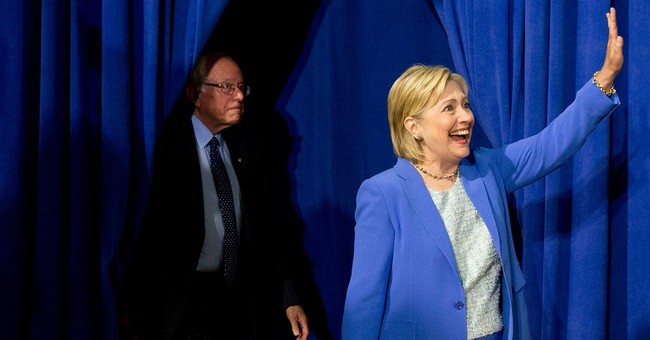 In an interview with Fusion's Jorge Ramos, Nader said Sanders set Clinton up by listing all her promises on student aid, immigration reform, raising the minimum wage, criminal justice reform, and climate change. These were all Sanders' talking points from his presidential campaign.

"He set her up for political betrayal which will allow him to enlarge his civic mobilization movement after the election," Nader said.

Nader also reaffirmed his 2008 comment (when he was a presidential candidate) that Clinton was "looking for a coronation," now applying it to the 2016 election. He also cited her corporate ties and "militarist" foreign policy as reasons for his decision. The five-time presidential candidate ran once as a write-in, twice as the Green Party candidate, and twice as an independent.

Clinton won't receive Nader's vote, and neither will the Republican nominee. He told Ramos he'd vote third-party, either for the Libertarian Gary Johnson or the Green Party's Jill Stein. Nader spoke out against voting for the "least-worst" candidate, saying that took away the voters' influence over the candidates. He emphasized "voting your conscience."