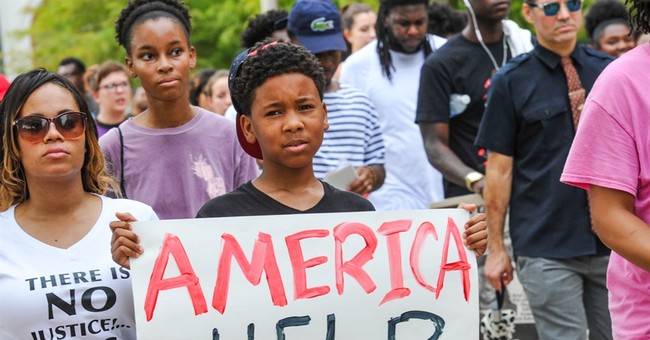 The Black Lives Matter movement has caught national attention after the deaths of five Dallas police officers and two police shootings that are still under investigation. The movement argues that black citizens are more likely to be stopped or killed by police, and has protested the police force in cities around the country. Here are five facts the movement supports - until context is given.

1. Black suspects are more likely to get wrongfully shot for a 'weapon'

...if the police officer is black or Hispanic. In March 2015, the Department of Justice published a report on the Philadelphia Police Department. One of the topics it tracked was "threat perception failure," a situation where an officer shoots an unarmed suspect because of "misidentification" of a "nonthreatening object."

2. Black citizens are more likely to be stopped by officers

Officers in New York City are much more likely to stop black citizens, because more crimes are committed by blacks and as a result police are often given descriptions of black suspects. This leads to more innocent, non-white men being stopped on the street by police. In a speech to Hillsdale College students, writer Heather Mac Donald said:

Officers hope against hope that they will receive descriptions of white shooting suspects, but it almost never happens. This incidence of crime means that innocent black men have a much higher chance than innocent white men of being stopped by the police because they match the description of a suspect. This is not something the police choose. It is a reality forced on them by the facts of crime.

She noted that while only 23 percent of New York City's population is black, 75 percent of shootings, 70 percent of robberies, and 66 percent of all violent crimes are committed by blacks.

This statement may not apply to all police departments, but according to Mac Donald, the 50 biggest cities in America have experienced a 17 percent increase in murders. This is a result of police avoiding certain neighborhoods because of their fear of being racist, the writer said.

Mac Donald calls this the "Ferguson Effect." Because of the anti-police rhetoric of Black Lives Matter, police are reluctant to do their jobs when they could be blasted by the public and the media.

4. A suspect's race may determine whether officers shoot

Police are not shooting black and white suspects at the same rate. In a study of Houston, Texas police officers, economist Roland G. Fryer, Jr. discovered that police were 23.8 percent less likely to shoot at black suspects than white suspects. In situations where lethal force may have been justified, blacks had less chance of being shot than whites.

5. White and black deaths in police shootings are unequal

In this ongoing study by the Washington Post, this year, 46 percent of the 522 people killed by police shootings were white. 25 percent were black. Hispanic suspects made up 15 percent.

So yes, Black Lives Matter is correct in all of these assertions. The facts behind them, however, undermine its charges of racism and white supremacy.