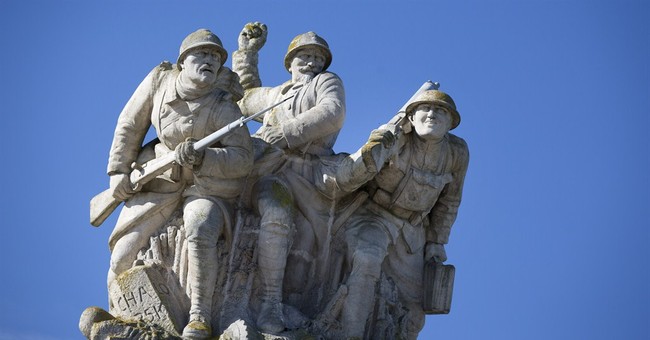 I’ve a rendezvous with Death

At midnight in some flaming town,

And I to my pledged word am true,

I shall not fail that rendezvous.

These words penned by soldier Alan Seeger inspired the title of author David Hanna’s newest work, Rendezvous with Death, an account of World War I soldiers whose names may be foreign to Americans, but not their country. These men, a poet, an artist, a boxer, a stunt pilot, a college student, a veteran of the Spanish American War, and an advertising executive, are all Americans who joined World War I before their country did, fighting alongside the French in their foreign legion in 1914.

Hanna does not shy away from inserting poetry and anecdotes into his work, but, aside from the necessary build-up to the war’s outbreak, readers should find this narrative to be an engaging as well as immersive experience. Rather than recount the large-scale movements of the war, the book focuses on tales of baseball games played alongside trenches and idealist Americans trying to fit in with the grizzled veterans of the French Foreign Legion, but still slamming home the hardship of war, such as a battle where ten men died for every yard of ground gained.

Telling seven stories, rather than one, is a difficult task. The book does not move fluidly from person to person in its seven-man story, but its use of page breaks alleviates this issue. The reader is introduced to a mind-boggling number of people that requires a decent effort to remember. This is one of Hanna’s strengths in his work. The copious amounts of research contributing to this book shine through in every specific detail and anecdote the author provides. Hanna draws from personal letters and diary accounts, published works of the soldiers, and French publications to personalize the historical narrative.

How did these men decide to go fight for France? What were they doing when the war broke out? How did the Germans find a way to mount machine guns on their planes and not shoot their own propellers off? This book answers these questions in full, and will leave the reader wanting to learn about the other American soldiers who joined those seven men in fighting for France at the war’s beginning.