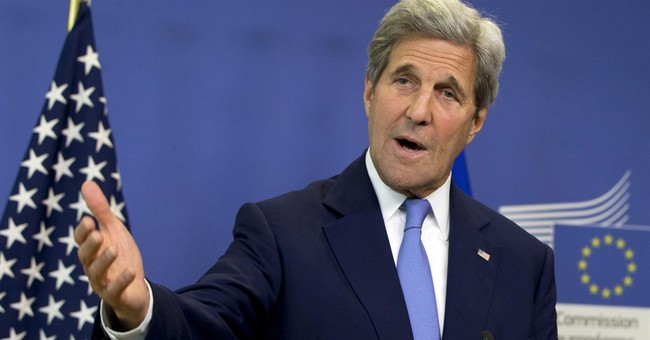 John Kerry said Tuesday that Britain's exit from the European Union could still be reversed.

He remained vague on how Brexit, which received support from the majority of British citizens, might not happen.

The United States strongly supported Britain to remain in the EU, but, in an NPR interview, President Barack Obama cautioned people against panicking because of the "leave" vote.

The Guardian detailed the process for invoking article 50 of the 2009 Treaty of Lisbon, which would allow Britain to exit:

If the British government invokes article 50, it will enter into two years of negotiations on an EU withdrawal treaty. EU officials have described the process is “irreversible” once launched, although that is not stated in the treaty text. Legal experts have told the House of Lords that a country could change its mind, albeit with “substantial political consequences”.

However, Boris Johnson, one of the possible candidates to succeed Cameron, said he would not consider holding a second vote to confirm the referendum's result. Johnson reportedly believed the first vote was sufficient to move forward in leaving the EU.

Kerry also claimed that British Prime Minister David Cameron was reluctant in his move to allow the vote to take place. He said Cameron neither felt he could start the EU exit procedure nor did he know how it would be done. Kerry also asserted that "most of the people who voted to do it" didn't know how either.

Should Johnson take office, Kerry's "ways" will be far less numerous. The next British Prime Minister will be announced in early September.