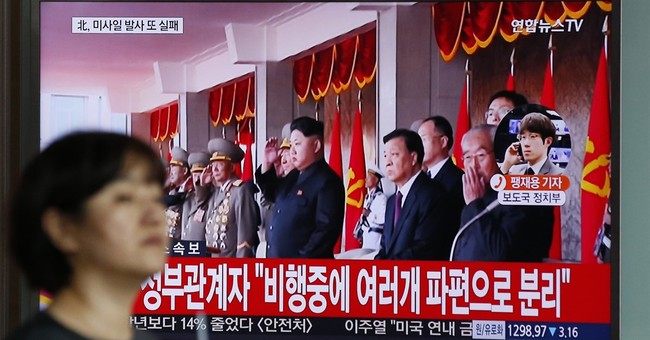 Of the two missiles North Korea launched Wednesday, one traveled 250 miles from the east coast city of Wonsan, reaching an altitude of 620 miles. The other fell into the sea after traveling less than 100 miles.

Both missiles were mid-range Musudan-types, the fifth and sixth of their kind to be launched by North Korea. South Korean officials tracked the missiles and reported that the furthest missile still didn't reach its maximum distance of 1,800 miles, nor was it able to show its ability to re-enter the atmosphere and hit a target. However, North Korea's continued work on its missile program may one day enable it to hit the continental United States, as its arsenal continues to expand in size and range.

“The North Koreans are making progress toward a workable Musudan. If we do nothing, they will move on to a missile, using the same technology, that can reach the U.S.,” said Mr. Lewis, who advocates trying to reach a test moratorium with North Korea on its missile program.

Reports of the missile launch have not appeared in the North Korean press, but experts say the launch was not a clear success.

Where Did All of These Haitians Come From and Why Are They at the Border Now?
Julio Rosas
Is the Biden Administration Lying About How Many Illegal Immigrants Are Being Released?
Katie Pavlich
Reports: Taliban Hunting Down US Allies, Persecuting LGBT Afghans, Repressing Women