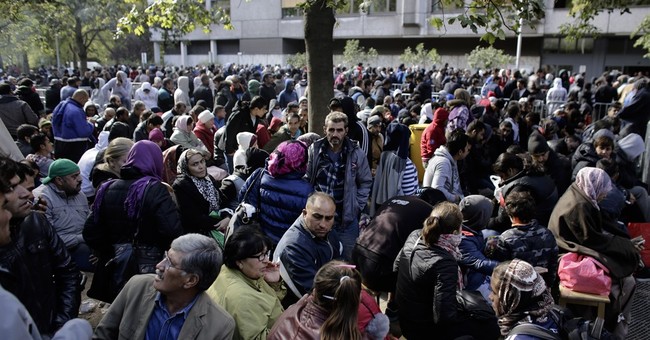 The State Department broke its single-day record Monday, admitting 253 Syrian refugees. In the first five weekdays of June, 572 refugees have been admitted to the U.S.

The past six days saw more refugees than any single month prior to May this fiscal year. It was also the highest number for any single week. The total for the 2016 fiscal year increased to 3,377, moving closer to the 10,000 promised by the Obama Administration.

All 572 refugees were Muslim, and the total reported by the State Department at noon Tuesday had increased to 714.

A Reuters report Tuesday stated that 4,700 refugees had been approved for entry. Homeland Security Secretary Jeh Johnson said there were also 7,900 waiting for security review. These numbers would exceed 10,000, but officials are not worried about going over the original goal.

U.S. Ambassador to Jordan Alice G. Wells was quoted in an April report by The Jordan Times saying that the 10,000 was not a limit:

She explained this operation (the surge), which will process 10,000 refugees by April 28, is part of “our effort to reach President Obama’s directive to send 10,000 Syrian refugees to the United States by September 30, 2016, while also ensuring that every refugee accepted by the United States has been thoroughly screened and vetted through our rigorous security process”.

Regional refugee coordinator at the US embassy in Amman, Gina Kassem, said the number announced by the president is a global number, but the very vast majority will come out of Jordan. The 10,000 is a “floor and not a ceiling, and it is possible to increase the number”, she told the press during the tour.

She said 600 refugees are interviewed on the site every day.