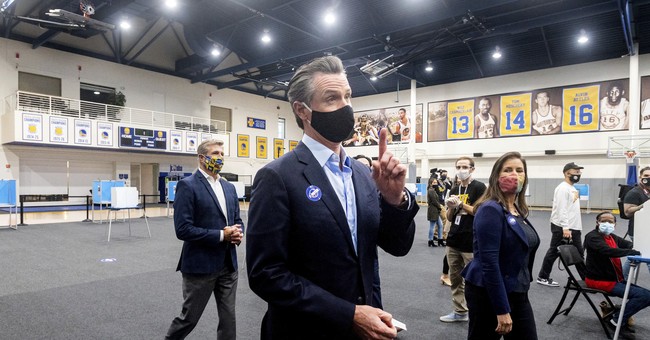 Earlier this week, a three-judge panel of the Ninth Circuit Court of Appeals ruled in favor of a California church fighting coronavirus restrictions on indoor worship services.

According to the Washington Free Beacon, the lawsuit argued that California Gov. Gavin Newsom, while condoning large outdoor protests and secular indoor gatherings, targeted religious services with coronavirus restrictions. The church also highlighted the fact that Newsom was caught dining at an expensive restaurant even though he told Californians to stay home because of the virus.

According to KPBS news, the panel based the decision on recent rulings from the Supreme Court, which favored houses of worship challenging New York Governor Andrew Cuomo and another California church which also challenged Newsom on similar grounds.

Paul Jonna of the Thomas More Society Counsel, the group representing South Bay United Pentecostal Church, stated that, "[T]he guidance from the Supreme Court makes it abundantly clear that California's restrictions on houses of worship are blatantly unconstitutional. We are confident that South Bay will fully vindicate its fundamental constitutional rights in short order." Jonna also told the Free Beacon that “[I]t's just a matter of time before they're struck down.”

This panel clearly ruled correctly. As Justice Brett Kavanaugh said in the Supreme Court case of Roman Catholic Diocese of Brooklyn, New York v. Andrew M. Cuomo, Governor of New York last month, “[I]t is time—past time—to make plain that, while the pandemic poses many grave challenges, there is no world in which the Constitution tolerates color-coded executive edicts that reopen liquor stores and bike shops but shutter churches, synagogues, and mosques.” And, as Justice Neil Gorsuch added, “[E]ven if the Constitution has taken a holiday during this pandemic, it cannot become a sabbatical.”

The First Amendment could not agree more.