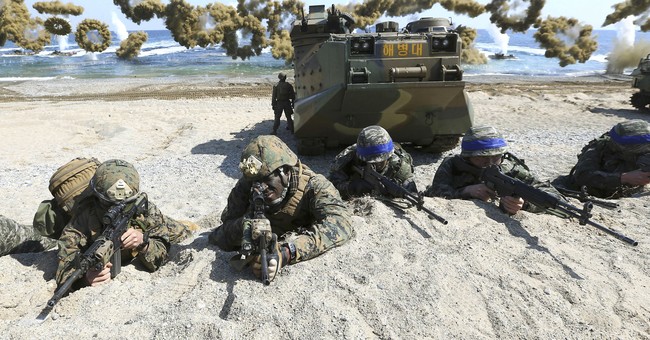 South Korea and the United States are scheduled to begin an annual joint military exercise Monday, the Ulchi Freedom Guardian, and North Korea is warning that the exercise could turn into a reality.

"The joint exercise is the most explicit expression of hostility against us, and no one can guarantee that the exercise won't evolve into actual fighting.

"If the United States is lost in a fantasy that war on the peninsula is at somebody else's door far away from them across the Pacific, it is far more mistaken than ever."

North Korea also said that the US is "adding fuel to the fire" and reminded South Korea that they are in the North's "crosshairs."

Recommended
Be Honest, You Don’t Really Care About the Uyghurs Either
Derek Hunter

Military officials from both the US and South Korea say that the exercises will go on as scheduled.