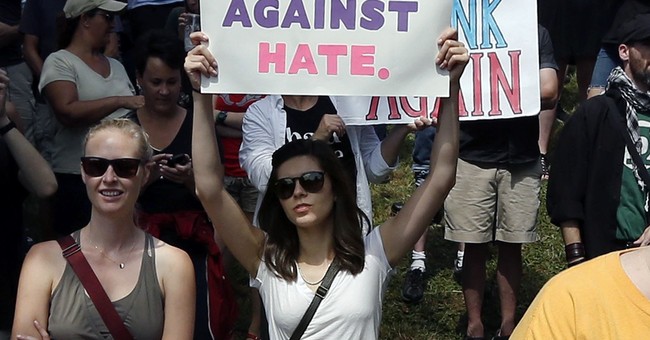 Press reports claim that the free speech rally/counter-protests in Boston have been "mostly peaceful," but that's small comfort to an older woman who was assaulted by an Antifa member as she waved the US flag on Boston Common.

Before getting to the video of the assault, let's take a gander at some of the signs carried by "counter-protesters."

"Boston Together Against Hate." Another great message.

Unfortunately, love did not triumph over Antifa's hate.

The woman was understandably shaken at the end of the video. As usual, Antifa demonstrates that they will violently remove any person or symbol they deem offensive - which includes the US flag.

The free speech rally has ended, but counter-protesters are still in the streets, scuffling with law enforcement.