"Forever GI Bill" Could Be One Bright Spot in Divided Washington 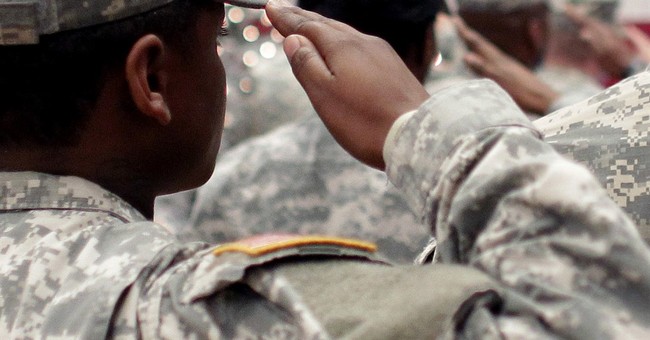 A bill introduced Thursday seeks to create the largest expansion of veterans benefits in over a decade. Dubbed the "Forever GI Bill," the Harry W. Colmery Veterans Educational Assistance Act of 2017 would provide technical fixes and improvements to the post-9/11 GI Bill, creating permanent benefits to those who served that are not tied to the whims of a political season.

“We believe that all veterans who have honorably served this nation have earned education assistance as partial compensation for the sacrifices they have made. Unfortunately, many who have served in uniform are currently left behind.”

The bill enjoys bipartisan support in the House and is supported by numerous veterans organizations.

Under this bill, Purple Heart recipients would receive full GI Bill benefits. Currently, access to full benefits depends on the number of days in active duty, with no exceptions for our wounded veterans. Jonathan Richard Goldman, a Marine Reservist and Purple Heart Recipient, said:

It was an honor to deploy to Fallujah in 2006 and take part in the mission, which I still believe in after all these years.  Coming home and continuing my education was; however, not what I expected.  My active duty days were counted as points towards education, regardless of the days I was shot at, and had bombs explode underneath me.  And given my Purple Heart, the obsession with days accrued versus deeds done, and blood spilled, is truthfully criminal.

Additionally, it lifts the current 15-year time limit to use benefits, extends full GI Bill eligibility to some members of the National Guard and reservists, allows survivors of those killed in action to participate in the Yellow Ribbon program, and allows GI Bill recipients whose schools close mid-semester to have their loans forgiven.

HR 3281 has 58 sponsors and is scheduled for a hearing Monday in the House Veterans Affairs Committee.