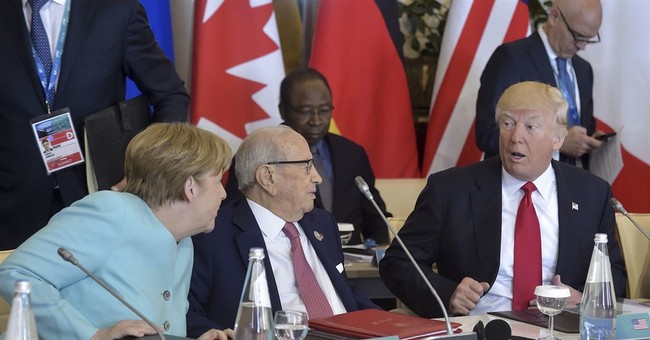 Axios is reporting that President Trump has "told multiple people, including EPA Administrator Scott Pruitt" that the U.S. will pull out of the Paris climate change agreement, based on conversations with "three sources with direct knowledge."

During the campaign Trump repeatedly promised that the US would withdraw from the agreement if he was elected, but tweeted Saturday that he will make a decision on the matter this week. When questioned by Axios, Director of Strategic Communications Hope Hicks reiterated the President's words.

Secretary of Defense James Mattis, in an interview to air on CBS' Face the Nation Sunday, said President Trump is "wide open" and that he's taking in the "pros and cons" of the deal. Trump has flip-flopped on campaign promises before, and, as Axios noted, he spent a lot of time on his recent trip with his daughter Ivanka and her husband Jared Kushner, who are both advocates of the agreement.

According to experts who spoke to Axios, if Trump decides to pull out of the agreement, there are three ways that can take place, but the most likely is that he would declare it a legal treaty subject to Senate approval, knowing that a Senate vote to ratify it as a treaty would fail.

Trump has a penchant for floating ideas to gauge reactions, so his conversations - if they happened - could be just that.