It's Not Over: Jill Stein Now Asking Loretta Lynch To Investigate Electoral College 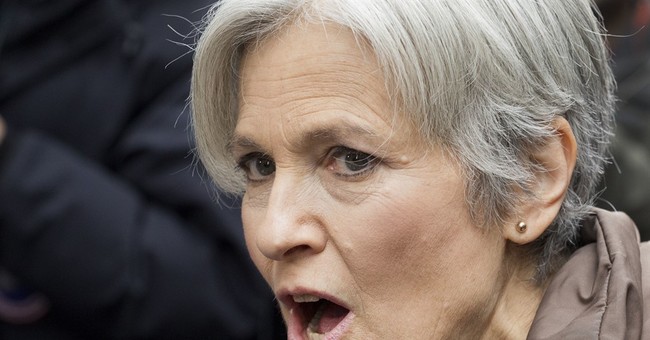 After attempting to initiate a recount in Pennsylvania, Wisconsin, and Michigan, Stein now wants Attorney General Loretta Lynch to investigate the “integrity” of the United States electoral system due to concerns from the recount effort.

Stein’s attorney addressed a letter to the Justice Department expressing concerns over "susceptibility to malicious interference and poor performance" of the voting machines used in the three states won by Republican Donald Trump.

An excerpt from the letter goes on to say: "The attempted recount process has uncovered that voting machines relied on in these states and across the country are prone to human and machine error, especially in under-resourced black and brown communities, and vulnerable to tampering and hacking. The recount also found that the states' efforts to protect their systems may be insufficient, particularly in low-income communities and communities of color. Each of these grave concerns warrants federal intervention."

Stein argues that any voting machine connected to the internet is cause for concern. She is calling for the implementation of paper ballots for subsequent elections.

Despite Stein successfully raising money and initiating a recount in Wisconsin, the recount resulted in more votes for Donald Trump. U.S. officials have said there is absolutely no indication voting machines were tampered with, but that hasn't stopped Stein from crying foul.

Many believe Stein’s calls for recounts and investigations into the 2016 election may have hidden motives. The Green Party candidate raised more money for the recount than her entire campaign.