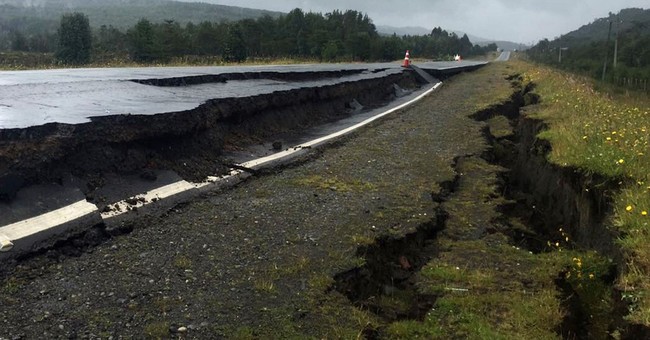 A 7.6-magnitude earthquake off the Southern Chilean coast has left 21,000 homes without power. Miraculously, there are no reports of death or injury following the quake.

However, the earthquake did force thousands of residents to evacuate their homes on Christmas Day by orders of government officials. That evacuation order was eventually lifted - as was the tsunami watch following the quake.

The quake could be felt all the way in Argentina, but besides power outages and minor damage, there was no major destruction.

"There was a lot, a lot of movement here, but besides that nothing of note, there weren't houses falling," stated Alamiro Vera, owner of the Cabanas Hotel in the town of Quellon. "It was just scary, and some things inside fell."

The area hit is a major tourist and salmon farming region in Chile.