Jimmy Carter Only Former President To Confirm He Will Attend Inauguration 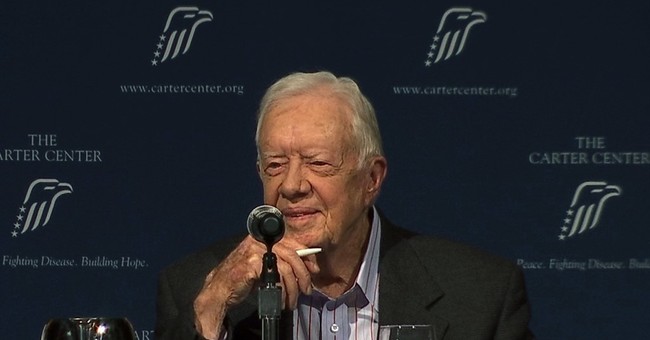 As of Friday morning, the only former president to confirm his attendance to Trump’s presidential inauguration is Jimmy Carter.

The 39th president of the United States confirmed his attendance earlier this month at his Sunday school class in Georgia – the state where he served as governor before making it to the White House. Carter may be the only former president in the crowd on January 20th.

George W. Bush and Bill Clinton have both deferred decisions until next year. Both presidents are related to former contestants in what was considered a very bitter election. George W. Bush’s brother, Jeb, was lambasted by Trump almost daily during the primary election - often calling him “low energy.” Trump dubbed Bill Clinton’s wife “Crooked Hillary.”

The 42nd and 43rd presidents are not prone to attend after such an election. In fact, sources close to Bill Clinton are saying he is leaning towards not being present.

The jury is still out on what Hillary Clinton will decide to do.

The only other living former president, George H. W. Bush, has confirmed he will not be attending due to health reasons. The 41st president is 92 years old.