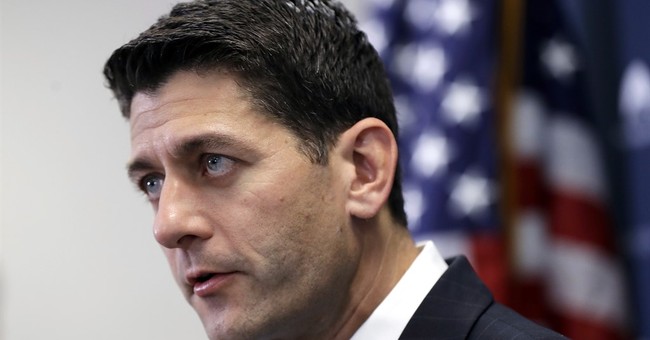 Trump made history when became the first Republican presidential candidate to win Michigan and Pennsylvania since George H. W. Bush. However, it was perhaps his victory in Wisconsin that most shocked the political world. The Badger State hasn’t voted for a GOP candidate for president since Ronald Reagan in 1984. The win also came with GOP victories in retaining the Wisconsin state legislature and Ron Johnson’s senate seat.

However, Speaker Ryan, who has represented Wisconsin’s first congressional district since 1999, says Republicans can’t assume Wisconsin will remain in the Republican column – they will have to continue to work for the Badger State’s support.

In a Monday interview with popular conservative radio host Charlie Sykes, Ryan laid out his case.

“We really have an energetic battle of ideas here. You can’t just rest on laurels and assume everyone listens to the same shows and thinks the same thing, because they don’t here in Wisconsin,” the Speaker said.

“We have to constantly convince and persuade, and our ideas are always challenged and questioned,” Ryan stated. “Because this is not a doctrinaire state for the left or the right.

While Republicans obviously have to continue working for the support of the American people – Wisconsin voters included – Republicans certainly have a lot to be proud of in this once blue bastion of a state.

After the election of Barack Obama in 2008, Democrats dominated Wisconsin. They controlled the governor’s mansion, both state chambers, the majority of House districts, and both U.S. Senate seats. It was hard to imagine the state was on course to begin a rightward trend.

Experts believe the change began with Reince Priebus coming on as Wisconsin state GOP chairman in 2009. Priebus, most known as the current RNC chairman, successfully built the state’s GOP apparatus into what it is today.

The 2010 Republican wave brought on Wisconsin governor Scott Walker, Sen. Ron Johnson, and a Republican-controlled state capitol. Many have argued that wins from Walker, Johnson, and Trump were only the results of conservative and populists waves – not much due to infrastructure and organizing.

However, enduring Republican success in Wisconsin can’t be ignored. Walker went on to win re-election not once, but twice, thanks to a failed recall effort by union groups. Sen. Ron Johnson pulled his 2016 re-election victory out of the dead after lingering in the polls for most of the campaign. The Wisconsin legislature has also remained under Republican control and five of the eight U.S. House seats now belong to the GOP.

The conservative success in Wisconsin should prove to be an example for national Republicans as they move forward with critical gubernatorial and senate elections in 2018 and beyond. As Gov. Walker has always said in credit to his own success: Go big and go bold.