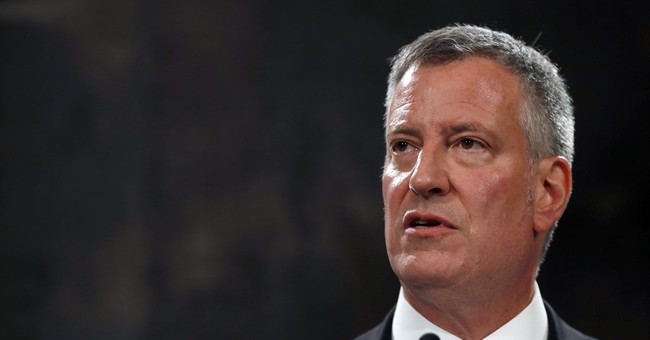 New York City Mayor Bill De Blasio has been slapped with a fine of over $47,000 for breaking campaign spending rules during his 2013 mayoral race.

New York City’s campaign finance board announced the penalties on Thursday. The violations include a $550 makeup bill for his entire family on Election Day, a trip to Washington, D.C. with his son to visit the 47th anniversary of Martin Luther King’s “I have a dream speech,” and other expenses.

The board also determined that De Blasio made late filings, spent campaign money that could not be documented properly, and accepted campaign donations over the city’s limits. Here is a breakdown of everything the board determined was improper spending by the De Blasio campaign.

Another outcome of the board’s decision was the passage of a bill by the New York City Council. The bill aims to limit the activities of outside political groups – the measure was aimed squarely at De Blasio’s Campaign for One New York. The group is at the epicenter of authorities’ inquiries into possible illegal campaign expenditures.

De Blasio has maintained that he has done nothing wrong and debated with the board regarding numerous questionable expenditures. However, has voiced support for the new bill passed by the city council and plans to sign it.

The mayor may not be completely out of the woods yet, though. Authorities are still investigating Campaign for One New York.

“We won’t know for certain what happens to the Campaign for One New York until investigations of its practices have concluded,” said City Council Speaker, Melissa Mark-Viverito. “But we do know that it exposed loopholes in our election and ethics laws that need to be remedied, and we are doing that with this bill.”

The investigation and fine could be a hindrance to De Blasio’s upcoming re-election campaign. Despite NYC being a liberal bastion, the mayor may be in trouble. He is not in good standing with New York Democrats – he has a personal feud going with Gov. Andrew Cuomo and Hillary Clinton’s team famously relegated him to an embarrassing time slot during the DNC convention.

There is a strong possibility De Blasio will be challenged within his own party in 2017.