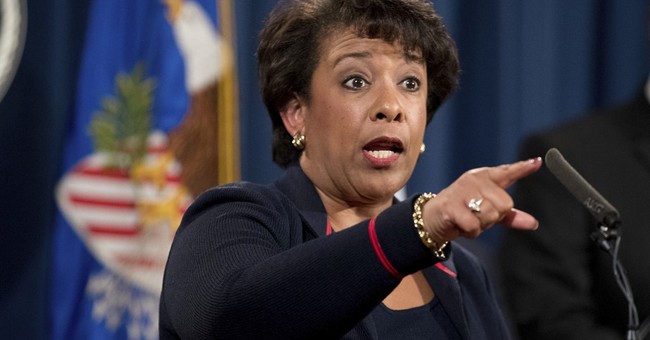 Speaking at a POLITICO Playbook breakfast, Attorney General Loretta Lynch admitted Thursday that a blanket pardon for children brought to the United States illegally by their parents would be impossible.

“There’s no legal framework or regulatory framework that allows for a pardon of a group en masse,” she stated. “We obviously have been doing a great deal of work on the president’s clemency initiative for several years now, and [I'm] very, very gratified [he] has taken the recommendation of the Department of Justice, although I will tell you he reviews every file himself. These are very individual decisions,” Lynch said. “When you’re talking about clemency, the same as with pardons, it’s a very individualized decision. I think it would be hard to craft a system for a blanket commutation of a class of people.”

As Donald Trump prepares to take over the White House, many on the left have openly wondered if Obama could give a mass pardon to children who fall under his DREAM Act. Obama has long argued children of illegal immigrants should be spared from being deported back to their home country. Despite not being afraid of constitutionally-questionable executive actions himself, Obama will apparently take no such action before he leaves office.

Policy is definitely expected to change once the president-elect begins his tenure. Trump has vowed to focus on building a wall at the Mexican border and deport all illegal immigrants who hold criminal rap sheets.