Mexico Ambassador: We Are Not Paying for the Wall 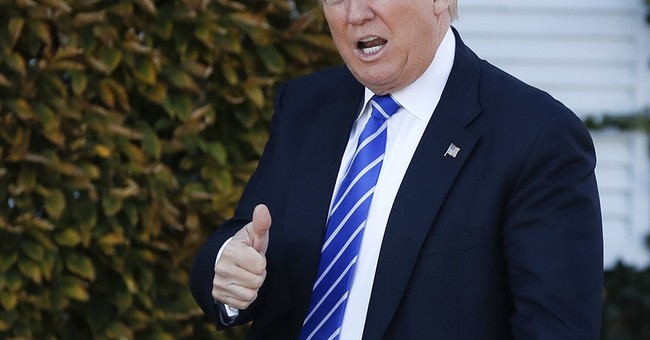 The Mexican ambassador to the United States, Carlos Manuel Sada Solana, spoke to reporters in Arizona on Wednesday regarding president-elect Trump’s promise to build a wall between the two countries and make Mexico pay for it.

Sada Solana has been hitting the media circuits heavily in recent days. Expect to hear many more statements from him regarding this issue – especially now that Donald Trump is the official president-elect. Mexican president Enrique Pena Nieto chose Solana in April of this year to be the ambassador to the U.S. in response to Trump’s campaign pledges. The Mexican ambassador’s intended goal is to challenge Trump’s rhetoric about the Mexican government and increase trade between the two countries.

During his meeting with reporters, Solana pointed out that 700 miles of fencing (or other barrier types) already exists in the 2,000-mile-long border. A wall would hinder trade and cause environmental damage.

"We fear that there is going to be consequences regarding environmental issues… It's also going to be sending a very negative message. What we say is we like to build bridges."

Solana also knocked Trump for suggesting he would tax remittances that are sent in large numbers from Mexicans working in the United States to their families in Mexico.

"There is also legal issues that are at stake, and if that is one of the alternatives, we will find out what we have to do in that case. But this is not a deliberate action for Mexico to pay for the wall," he said.

For the first time ever, Mexico received more money from remittances than from oil revenues. Mexicans living internationally (the vast majority in the U.S.) sent nearly $24.8 billion to their home country in 2015. This is a large sum of money leaving circulation within the U.S. economy and entering Mexico. Taxing such revenue would be a huge ding to Mexico's income.

Solana called for the American government to focus on immigration reform rather than a wall – something president-elect Trump has also pledged to tackle once in office.

We'll be watching to see how diplomatic relations unfold in the coming months.