Baggage Handlers at O'Hare Airport to Go on Strike 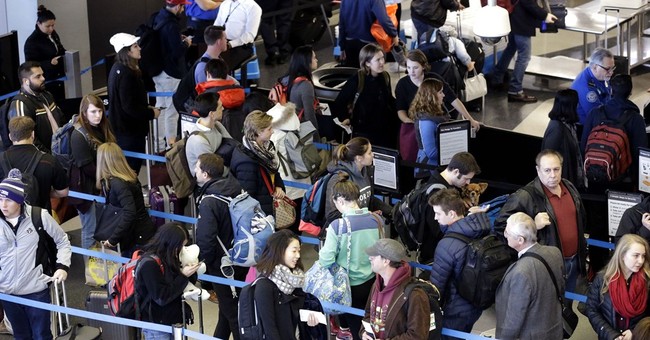 If you plan on flying around the Thanksgiving holiday, make sure you won’t be depending on Chicago’s O’Hare International Airport. Baggage handlers there will be going on strike the Tuesday following Thanksgiving on November 29.

Employees are arguing for a pay raise and want to negotiate for a minimum $15 an hour pay grade. Despite not being unionized, baggage handlers at O’Hare have received help from Service Employees International Union Local 1.

"Despite helping to generate $8 billion in profits for the airline industry, most O’Hare Airport workers are forced to survive on minimum wage or less," the group said in a statement.

There was speculation that baggage handlers would choose Thanksgiving Day for their time of protest, but the group decided not to, presumably to avoid a public relations mess.

"It was never our intent to disrupt travelers during the holidays," Raquel Brito, a baggage handler, told reporters Monday morning. "We know what it's like to miss Thanksgiving without families. We respect families traveling to be together.”

O’Hare handlers have also filed an official complaint with the Occupational Safety and Health Administration, claiming hazardous working conditions have resulted in numerous employees sustaining injuries on the job.

Brito, for instance, says she was injured on the job and had to pay almost $3,000 out of pocket in medical expenses. She also claimed contractors have harassed employees for making public statements regarding their pay and benefits.

Chicago’s Department of Aviation has “held discussions” with the airlines and lawmakers to reach a mutual conclusion for all parties involved. No word yet if the strike can be prevented before November 29.