The 2018 Senate Map Is Beautiful 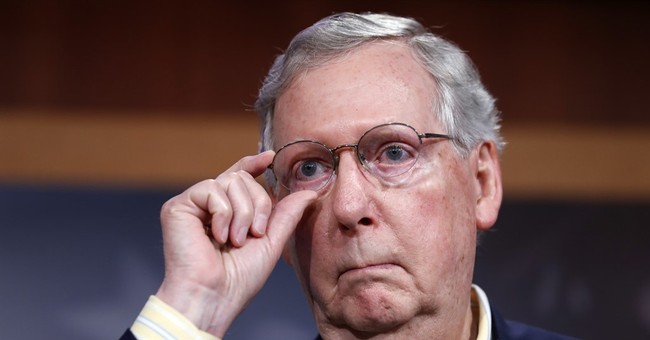 If Democrats thought it couldn’t get any worse than 2016, they hopefully won’t look at the 2018 Senate map looming ahead. In total, 33 Senate seats will be in play. Of those 33, only eight are held by Republicans. Democrats will be defending 25 (two are independents who caucus with Democrats). These Democrats were elected (or re-elected) during the 2012 presidential campaign and will now have to face the rougher terrain of a mid-term election.

Here is a breakdown of the races most likely to flip the Republicans’ way.

Indiana: Democrat Joe Donnely is up for re-election. Many analysts said Donnely lucked out with an easy win when former Sen. Richard Lugar (R) was primaried and a weaker GOP candidate ran against him in the general election. Donnely probably won’t have that luxury next go-around. Indiana just elected Rep. Todd Young (R) by a ten-point margin.

Montana: Democrat Jon Tester is up for re-election. He knows a thing or two about running races. He lead the 2016 Democratic Senatorial Campaign Committee. He will need that experience fighting for his job in Montana, a state that voted for Trump by a 21-point margin. However, Montana has a penchant for electing Democrats statewide. While voting for Trump, Montana voters also chose to re-elect Democrat Gov. Steve Bullock.

Florida: Democrat Bill Nelson has run many races in the Sunshine State and now he’s asking voters in Florida again to send him to D.C. He’s a known entity there, holding office since 1972. However, Florida did just elect a Republican president and overwhelmingly voted for Republican Marco Rubio by an almost 8-point margin over Rep. Patrick Murphy. Rubio performed strongly in Latino districts that typically vote Democrat. A lot of candidate options are on the table for the GOP: Rep. David Jolly, Rep. Ron DeSantis, or outgoing Gov. Rick Scott. Judging how Rubio performed against Murphy, Florida GOP should consider another Latino – as that voting base shows stronger preferences for fellow Latinos, even when the candidate is a Republican.

Missouri: Democrat Claire McCaskill is up for re-election again. Her continual hold on the seat is a testament to how many times the state GOP has screwed the pooch. Rep. Todd Akin was polling ahead of her until his “legitimate rape” comments finally burned his chances in 2012. Missouri is a red state. Voters there chose Trump by 19 points, re-elected Sen. Roy Blunt by 3 points, and flipped their governors’ seat by electing Republican Eric Greitens by almost six points. McCaskill should be done if the Missouri GOP plays their cards right.

Ohio: Democrat Sherrod Brown has done well in Ohio. He’s held office there for over 20 years and won election to the Senate twice. However, if there is a year to oust him from power, the time is now. Ohio pivoted strongly to the GOP in the 2016 election. Trump won the largest margin in Ohio than any Republican in the past five elections. Republican Sen. Rob Portman won his re-election by an astounding 21-point margin. The Rust Belt looks to be turning red and it could spell the end for Sen. Brown.

North Dakota: It’s a little perplexing how Sen. Heidi Heitkamp even got elected in North Dakota. It surely is a testament to the Republicans' bad showing in 2012. Nonetheless, the state has been returning to its blood-red roots. Voters there went for Trump by 36 points and voted for Sen. Hoeven by a 68-point margin… You read that correctly. North Dakota voters preferred Republican Hoeven 78.6 to 17 against the Democrat challenger.

Wisconsin: Democrat Tammy Baldwin is up for re-election. No state shocked the country more than Wisconsin. It hadn’t gone for a Republican since Reagan in 1984. Sen. Ron Johnson (R) came back from the dead to win re-election against Russ Feingold. Johnson clawed his way from a double-digit deficit in the polls to a 3-point victory on Election Day. Gov. Scott Walker also has an impeccable operation in the Badger State – winning election three times in a row despite a union onslaught. This will be an interesting stat to watch.

West Virginia: Once a Democrat stronghold, West Virginia is now ruby-red. Coal country is Trump friendly and voters in this state voted for the president-elect by a 42-point margin. Their legislature and majority of their House delegation has gone Republican. However, it will be quite difficult to oust Sen. Joe Manchin. West Virginia residents still appreciate their blue-dogs. Despite choosing Trump, they voted to elect Democrat Jim Justice to the governor’s mansion by a wide margin. Sen. Manchin is perhaps the most conservative Democrat in the Senate. This seat may not go red until he retires, but anything is possible when his national party brand is as hated as it is in the Mountain State.

Pennsylvania: This is last of the three major Rust Belt States in play in 2018. Sen. Bob Casey has been involved in Pennsylvania politics for quite a long time. It’s actually a family affair- his father held office before him. Republican Sen. Pat Toomey proved all the polls wrong by winning against his Democrat challenger in 2016. On top of that, Trump became the first Republican presidential candidate to win the Keystone State since 1988. This is a light-blue state that may be turning red with the Rust Belts.