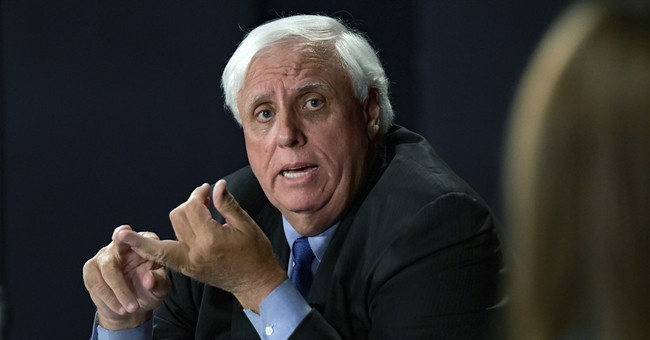 Update: Democrat Jim Justice has been named the winner of this race.

In an election year with many down-ballot Republicans running away from the GOP presidential nominee, West Virginia is certainly an anomaly from the mainstream. The Mountain Sate is, without a doubt, Trump country. He won 77 percent of the vote in the Republican primary.

Coal is king in Appalachia and many workers in the industry have seen their jobs disappear amid continuing environmental regulations. Clinton did herself no favors when she publicly announced she would put workers “out of business.” Very similar to how North Carolina’s gubernatorial election is essentially a referendum on the “bathroom bill,” the anti-coal sentiment expressed by Team Clinton has become the backdrop of this race for governor.

Billionaire coal magnate and Democratic candidate Jim Justice had announced long ago he would be leaving his box blank on his choice for president. He has disavowed Clinton and most national Democrats as they are extremely unpopular in the state. He enters the race with monumental personal wealth to his advantage - putting almost $3 million to his own campaign.

Senate President Bill Cole is the Republican candidate for governor. Cole is experiencing a meteoric rise in West Virginia politics – having moved up quickly in the state legislature in just a few years. Unlike any other statewide candidate in the country, Cole has prominently featured himself alongside Trump in campaign advertisements and continually has brought Trump’s name up in the campaign trail. He is hoping to ride the presidential nominee’s coattails to victory.

Justice’s ardent work to separate himself from national Democrats has been noticeably successful. The most recent polls show him leading (one even by double digits). However, Cole’s team is claiming their internal polling shows a dead heat.

Should Bill Cole lose, he certainly can’t blame a lackluster performance by Trump for his woes.

West Virginia polls will close at 7:30am EST