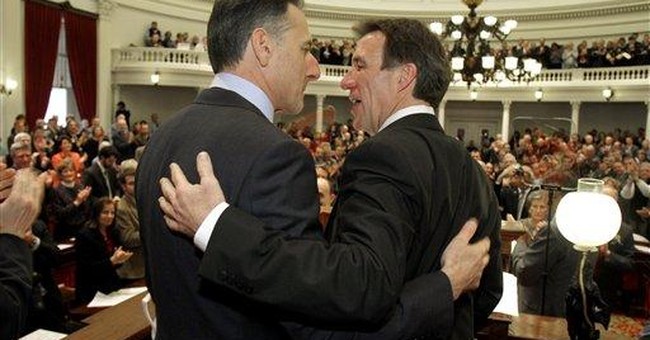 Interestingly enough, one of America’s bluest states is best projected to deliver a GOP gain to the Republican Governors Association. The Democrat governor is retiring and Republican Phil Scott has held a consistent lead in the polls against Democrat Sue Minter.

The two candidates have spent a combined total of over $10 million – an astronomical amount for the tiny, liberal bastion state of Vermont. This isn’t even including outside spending by The Republican and Democrat Governors Association and other third-party groups.

Republican Phil Scott comes into the race with prominent name recognition and a reputable image as a pragmatist to Green Mountain State voters. He served five terms in the Vermont Senate and is the current Lt. Governor, serving since 2011. Perhaps the profession that has endeared him most to voters – Scott is a famous stock car racer. Racing logos are a staple image of his campaign signs.

He’s been well positioned as the favorite since the beginning of this gubernatorial election.

Given the makeup of the state, Scott has had to move to the left of a host of issues to remain competitive. He has disavowed the Republican presidential nominee, is pro-choice regarding abortion, and he supports same-sex marriage. He does boast an impressive business agenda – with policy proposals aimed at streamlining the permitting process for new business permits and other such measures.

Not be outdone, Democrat Minter has served four terms in the Vermont House of Representatives and is the current Deputy Secretary of the Vermont Agency of Transportation. Unsurprisingly, Minter brings hard-left positions on a host of issues: she wants more gun control measures, free tuition for the first two years of college, and has advocated for more government control of healthcare.

Real Clear Politics has not even conducted a polling average in this less-looked-at state, but the two accepted by RCP has Scott +7 and the other at Scott +1.