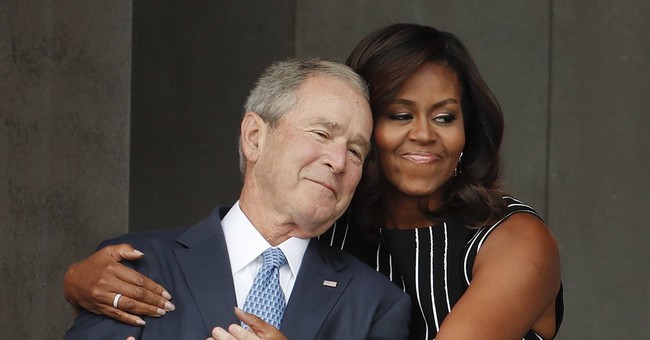 While speaking to a small Republican rally in San Marcos, Texas on Tuesday night, George P. Bush unveiled that his uncle, President George W. Bush, may be voting for Hillary Clinton on Election Day.

When asked for more details, George P. Bush, the current Land Commissioner of Texas and son of Jeb Bush, said he was “speculating” and was not completely sure how his uncle will ultimately vote.

George Prescott Bush is the only prominent member of the Bush family to have openly supported Donald Trump’s candidacy. His father, Jeb, made it known after the primary that he would be supporting neither Trump nor Clinton. Kathleen Kennedy Townsend shamelessly outed George H. W. Bush via social media that he was voting for Clinton. Barbara Bush, daughter of Bush 43, was included in a group selfie alongside Huma Abedin with a #imwithher hastag.

The GOP primary was very rough, and there is certainly bad blood between the Bush family and Trump – who relentlessly made fun of Jeb on the campaign trail.