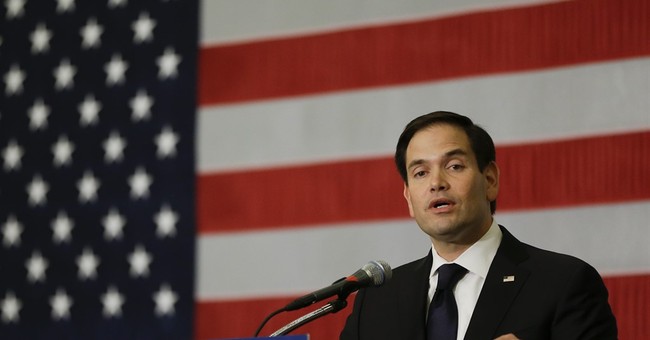 Earlier this week, liberal groups were fuming that the Democratic Senatorial Campaign Committee (DSCC) had redirected millions of dollars from Florida to other states with tight senate races – essentially leaving Democrat Patrick Murphy for dead.

It seems Murphy has been given a lifeline.

It’s a move that comes to the relief of many liberals who were livid that the Democratic Party gave up on Florida. The Sunshine State is an extremely expensive ad market and polls have consistently showed Rubio in the lead. A recent Bloomberg poll affirms Rubio’s dominance with a 10-point lead. The DSCC and upcoming Democratic senate leader Chuck Schumer felt more Florida ads were pointless.

On top of the super PAC boost, Murphy is loaning a, last minute, one million dollar loan to his senate campaign. Murphy, who has been dubbed “Privileged Patrick” by critics, has an estimated net worth up to over 5 million dollars - many thanks to his daddy. He can certainly afford the huge expenditure on himself.

Despite national Democrats waiving the white flag in the Florida senate race, there’s no surprise liberals are very eager to unseat the young senator. The WikiLeaks dump has revealed what many already knew – Democrats are afraid of Rubio’s future. They see him as a rising star who has strong potential in a future national election. The Podesta emails unveiled their concern over a 2016 Rubio nomination.

Unfortunately for them, not one recent Florida poll has showed Rubio trailing Murphy. Whereas Clinton has been performing strongly in Florida against Trump - Rubio has a large support base with the Latino community and also with white Republican constituencies.