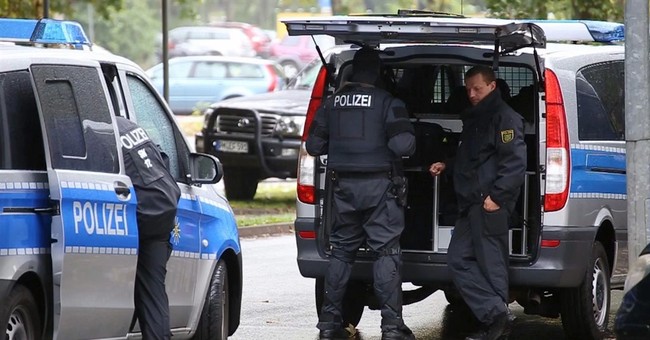 After a two-day manhunt, the search for 22-year-old Jaber al-Bakr has ended.

The search began when German authorities raided his apartment home Saturday and found bomb-making materials (reportedly including TATP, regarded as much more destructive than TNT). The German city of Chemnitz was on near lock-down as German police searched for the suspected ISIS terrorist.

al-Bakr, a Syrian refugee living in Germany, arrived in the country in February 2015 and was given asylum later the same year.

For his part, al-Bakr thought he could find safety with fellow Syrian refugees living in Leipzig. This was not the case... Instead of giving al-Bakr a place to escape and hide, the unnamed Syrians instead held him down and called for police. Authorities found the would-be terrorist tied up and bound.

Officials believe al-Bakr was preparing for an attack on a Berlin airport. That won’t be happening thanks to the heroic efforts of three Syrian refugees.