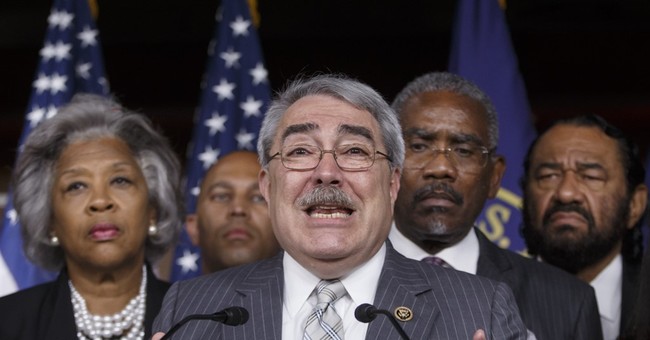 Following the police shootings in North Carolina and Oklahoma, members of the Congressional Black Caucus marched on Thursday to the Department of Justice. They hand-delivered a letter to Attorney General Loretta Lynch and held a press conference calling for more police accountability.

During the press conference, Rep. Maxine Waters (D) read an excerpt from the letter given to the DOJ:

"We come to you today to urge you to aggressively pursue investigations, indictments and prosecutions through the Office of Civil Rights against any and all law enforcement officers who harm or kill innocent unarmed black men, women and children. We will not continue to ask our constituents to be patient without any hope for change. Madame Attorney General, you have the unique opportunity and constitutional responsibility to change this narrative."

Chairman of the CBC, Rep.G.K. Butterfield (D) of North Carolina, called for the “full weight of the justice system” involved in the recent police incidents.

The CBC march march comes after the shooting of two black men at the hands of police. The DOJ has already opened an investigation into the killing of Terence Crutcher in Tulsa, Oklahoma, where footage shows he was unarmed at the time.