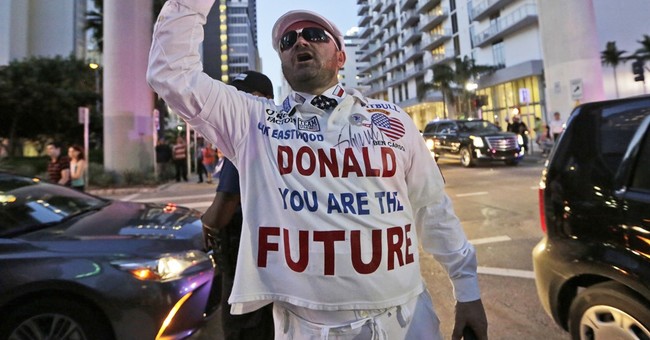 Cuban-American Mike Fernandez has been a lifelong Republican. He’s been a prolific GOP donor in past election cycles and is always sought after by GOP candidates for help. However, the former Jeb Bush supporter just cannot get behind Donald Trump’s candidacy. Fernandez says he is so appalled by Trump that labelling him a “liar” would not even be a sufficient description. The GOP has become “unrecognizable” after its nomination of the bombastic presidential contender, according to Fernandez.

However, sitting out this election isn’t enough for the Republican mega-donor. He has pledged to spend around two million dollars to deliver Florida to Hillary Clinton. How will he accomplish this? Apparently Fernandez would not have to give to Team Clinton directly to help her. Fernandez plans on spending big to register Latinos in Florida – knowing that at least six out of ten registered Latinos would vote against Trump.

It has not been specified yet how this money will be spent or to what organizations. Of course, there are several (notably left-leaning) organizations in Florida that are working diligently to register Florida Hispanics. The National Council of La Raza is perhaps the biggest organization around with the primary goal of empowering Latino voters.

Will the shot of cash propel Florida into the blue column this year? Common sense would say this is great news for Hillary Clinton. But as we speak, Team Clinton has more than double the number of campaign offices and staff in Florida than Team Trump does, and Trump is still literally tied with Clinton in the Sunshine State.

With that amount of campaign infrastructure behind Clinton and she’s still struggling… can anything really help the amazingly mundane Hillary?