Libertarian Ticket Will Appear on All Fifty State Ballots 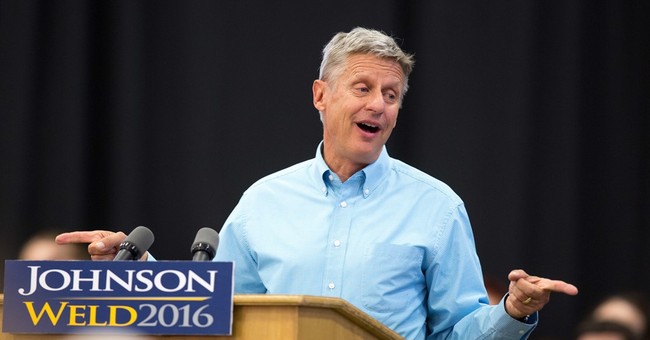 For the first time in 20 years, voters in all fifty states and the District of Columbia will have the option to vote for a third-party candidate. The Johnson campaign made the announcement on Tuesday.

The last time a third-party ticket was able to make it on every state ballot was in 1996 when Libertarian nominee Harry Browne and Reform Party candidate Ross Perot were able to do so.

Gary Johnson and running-mate Bill Weld have heralded the achievement as a sign of their campaign’s momentum and voters’ desire for other options besides Hillary Clinton and Donald Trump. They are running off this news by purchasing a full-page ad on the New York Times asking the debate commission to include them on the debate stage.

The commission would seemingly have to bend over backwards to do so, however. The threshold required to make it to the debates is an average of 15 percent in polling. Johnson and Weld are hovering right around ten percent. With only twelve days left until the first presidential debate, Johnson may be too little, too late in bumping his numbers up. His campaign strategy for Election Day has been entirely reliant on securing a podium for the debate stage to further propel his candidacy.

Given the presence of current polling, the reality that this election is a binary choice becomes too concrete to ignore. Although, Johnson's surprisingly strong performance in Arizona could throw a wrench in the electoral contest.

Green Party candidate Jill Stein also set a record for her party by locking in ballot spots in 44 states. Evan McMullin, a conservative anti-Trump candidate, is (so far) on the ballot in 11 states.