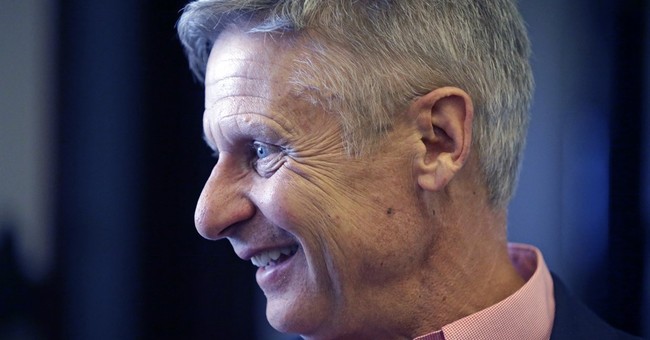 The first two weeks of August saw more online donations go to the Libertarian ticket than Johnson’s entire 2012 presidential run. In total, the Johnson campaign raised $2.9 million in the beginning of August. While nowhere near the $270 million raised by the Clinton campaign or $90 million by the Trump campaign, it is still an impressive haul for a third-party.

A large chunk of the recent fundraising success is attributed to Johnson’s “$15 on the 15th” push – a call for donations on August 15 to help the third-party ticket make it to the presidential debate stage. To make the cut, the libertarian ticket will need to poll an average of at least 15 percent on select polls.

The record level of disapproval for both the Republican and Democratic tickets doesn't make it surprising the Libertarian ticket is seeing greater success this election year than ever before. However, the audience reached by scoring a podium at the debate stage is essential in having a chance at winning the White House and the Johnson campaign has some reason to sweat.

The Commission on Presidential Debates will be using polls conducted by ABC-Washington Post, CBS-New York Times, CNN-Opinion Research Corporation, Fox News, and NBC-Wall Street Journal. Johnson has not reached the 15 percent mark on any of these polls. He has several weeks to pull his numbers up, but as time runs out, so do his chances of making it to the debate stage.

Johnson may not need to reach 15 percent if he’s close enough. Co-chairman of the Commission of Presidential Debates, Frank Fahrenkopf, has said the Commission “may give an inch” to any third-party candidate who comes close to the cutoff.