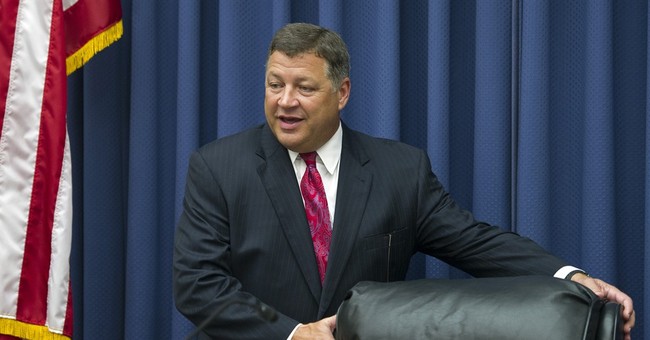 When Pennsylvania Representative Bill Shuster beat his Tea Party challenger by a razor thin margin in April’s GOP primary, he hoped he was finally done with his two-time foe. Art Halvorson, a retired Coast Guard captain, had unsuccessfully challenged Shuster in the 2014 Republican primary and was defeated again in an extremely close 2016 primary against the Transportation Chairman. Unfortunately for Rep. Bill Shuster, he hasn’t seen the last of Halvorson.

In an extremely rare turn of events in June, Halverson won the Democratic nomination for Pennsylvania’s 9th district as a write-in candidate. He officially decided to accept the nomination earlier this week.

Halvorson was able to capitalize on the 9th district’s extremely red voter base. Lots of disgruntled Republicans were able to take part in the Democratic primary and hand Halvorson the nomination by just 41 votes over a real Democrat.

The Pennsylvania Democratic Party isn’t exactly happy about the situation. They plan to move forward with a write-in campaign for their own candidate.

The renegade conservative has an uphill battle to climb if he wishes to be successful. Rep. Shuster has more connections and deep roots in Pennsylvania. He is the chairman of the powerful House Transportation Committee - as was his father before him. However, Shuster has been in hot water lately for being in a relationship with an airline lobbyist who has worked with his committee.

As for Halvorson, he has promised to legislate as a conservative Republican if elected.